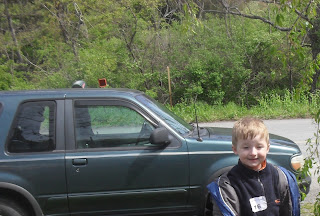 As a Pennsylvania mom, I'm always running from place to place. Sometimes it seems like I don't have a moment to sit back and relax. It's time to take Tommy to basketball practice, pick up prescriptions at the drug store, stop at the grocery for dinner food, pick Tommy up and don't forget to stop for gas – and that's the easy day. All that running adds up, especially in gas costs. Before I realized how much all of this running was costing me, I was spending over $200 a week just on travel costs. When I sat down to figure out to do a budget to figure out where all my money was going, I was shocked. Here's what I found –


Okay, once it's broken down it's easy to see that fuel was the majority of the cost. Of course, I didn't know there was much I could do about that until I talked with my Pennsylvania car insurance agent, Carl. Carl said that most people spend more money that they need to on gas because they don't keep up on some simple car maintenance. I told him I got the oil changed regularly, but he said that wasn't enough. He gave me a checklist based on government suggestions of things to do that could help me get up to 5 more miles out of every gallon of gas I pumped. In my minivan, I used to get 21 mpg. After doing these few things I now get closer to 28 mpg.


• Check tire pressure – every pound low that your tire is reduced fuel economy 2%.
• Avoid the highway for short trips. Driving at 70 mph uses 20% more gas than driving at 55 mph.
• Don't sit in the car with the engine running. Idling for 45 seconds can use up as much gas as it takes to start the car. Idling for an hour can use up to ¼ gallon of gas.
• Remove anything that you don't need from the trunk or back compartment. It takes more energy to move a heavier object. Removing 100 lbs. of weight can increase fuel efficiency 1%-2%.
• Avoid aggressive driving. Constant acceleration and braking can use up to 33% more gas than traveling at a constant speed.


Saving on fuel costs brought my weekly fuel expenditures under $100, usually closer to $90. The advice that my agent gave me was so helpful that I started to look for new ways to save money on my daily travels. One of the things that I was guilty of, was making multiple trips to get things done. I realized that by organizing myself and creating a single circular route, I could hit three or four stores and activities on one trip and reduce the mileage I drove almost in half. I cut my total mileage from over 800 miles a week to just over 450. Not only did I save money, but I realized I gained back some significant time during my week. This allowed me to spend more time at home so I didn't end up splurging for fast food twice a week. It also eliminated half of the toll charges I was charged on the Parkway.


Another tip I picked up was from a friendly old man at the local Exxon station. I asked him why he lifted the hose when he was finished pumping his gas. He said that there was always a little bit of gas left in the hose that never made it into the tank. By lifting the hose above the tank level, he got every drop he paid for. He also told me he was a hypermiler and that if I really wanted to save money I should look at some hypermiling techniques.


Hopefully, you'll be able to cut down your road time and costs like I did. It's always nice to find an extra $100 in your pocket every week, especially when you have time to enjoy it.

"Consideration was received for the editing and publishing of this article"