As the mommy of 2 little boys I know they have a lot of energy...  Hmm well I guess that isn't fair my friend has a daughter and she has just as much energy.  The point is my kids need toys that get them moving.

Summer time is great we get to go outside and have endless amount of fun, but on rainy days when we are stuck in doors my kids get restless.  Even worse is when it rains 3 days in a row!! I can't  blame them for being restless there really is only so much you can do inside.

I needed a toy that got them moving and able to have great indoor fun....
Magic Moves Wand does just that!!
Shake it up! Work it out! Magic Moves is all about… MOVIN’! It has Ninety fun, physical commands!!  Commands such as Stomp like a dinosaur, Swoop like an eagle and be sly like a snake!  You have no clue how cute it is to see my kids pretend to be big dinosaurs!!  I love the fact it plays on their imagination and has them moving around.   The photo below is Quinn being a snake lol 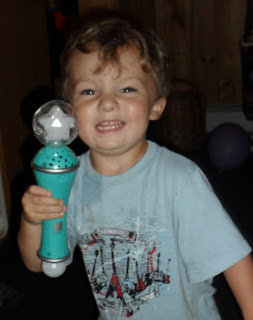 It also has twinkling lights I'm sure you know that this kept my kids intrigued and unable to put the toy down.  I know like most parents every time we go to an event they have those flashing light toys you know the ones that cost an arm and a leg lol!  Kids love it, with the Magic Moves Wand kids get those alluring flashing lights :). 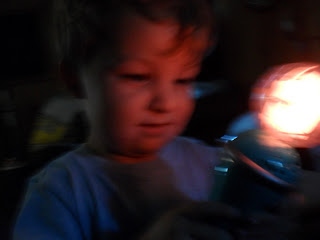 The Magic Moves Wand has 26 musical tunes, this toy gets little ones up and keeps them moving.
It has physical, mental and visual appeal to little kids.

So many kids are playing video games and sitting in front of a TV.  The Magic Moves Wand gets them up and exercising.  It makes moving around a fun and exciting game. 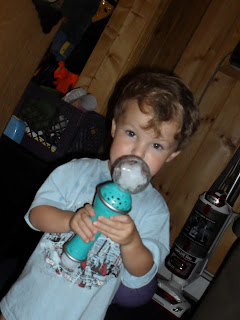 I was also impressed it taught my little guy some words.  At times the Wand would say something like "leap" and Quinn my 2 year old would just stand there not understanding.  Once he seen his brother leap he knew what the word was telling him to do.  His little mind made the connection between the word and the action.     That night when my hubby got home all on his own Quinn yelled leap and leaped towards my hubby!  I was so impressed that just by playing he learned a whole new word.

This toy is perfect for group play or alone play.   Which ever way you choose to play your kids are going to have so much fun!  Some times I watch my friend's daughter and I wont lie its tough having 3 kids with 3 different ideas of play time.  I thought well maybe just maybe this toy will be something they all want to play....  And it was :)!  We made a game out of it passing it from one child to the next and they had to impersonate which ever command they got.    The kids played for a long time and even when I left the room the Wand was fun enough to keep them playing by themselves!  Its so nice to have a toy that doesn't need adult super vision.

It does requires 3 AAA batteries (included). It best for ages 3 and up.  It has 2 really easy to use buttons that even my 2 year old was smart enough to figure out. 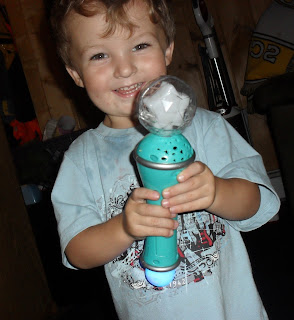 If you want to learn more or purchase for yourself see my link below:
Amazon

Educational In Sights Facebook
I received one or more of the products mentioned above for free using Tomoson.com. Regardless, I only recommend products or services I use personally and believe will be good for my readers.