Disclosure:  I was given 4 tickets as compensation for this review.  I was not paid in anyway to write this review.  All opinions are my own. 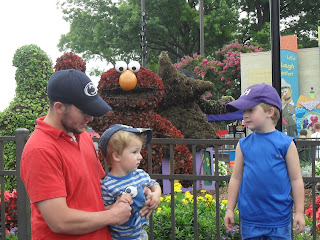 I live in PA and even though my state is most often represented as a boring state, its not true!  We have great food, great tourist spots, a lot of history and most importantly some of the best amusement parks around!  One of my favorite happens to be Sesame Place!  Why you may ask, because my kiddos are Sesame Street fanatics!  They love Big Bird, Elmo, The Count, Abby and everyone else.  I watched Sesame Street as a child and I'm proud to say my kids also watch it.  An amusement park that is dedicated to these beloved characters if def. a place that deserves my rank of favorite amusement park.
I want to tell you a bit about the park itself and then I want to share the fun photos from my families trip :)
Park Info:
Sesame Place is located in Langhorne PA.  The park has both dry rides and water rides.  Also they have some really fun play areas!  No tickets needed, you pay your admission price when you come in.  The Sesame Street characters can be seen through out the entire park and are available to take photos with little ones.  The food is absolutely amazing and you can eat breakfast, lunch and/or dinner!  They even have a fun dine with Sesame Street friends where you get to eat with your favorite character!  We personally ate at Grover's Island Grill I will talk more about that later.  I love the fact that they have allergy friendly meals and have this clearly marked on their maps. 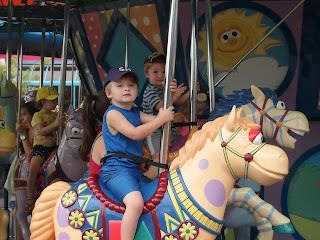 After a 2 hour drive my little boys had one thing on their mind when we arrived... A potty break lol I was worried though that the lines would be super long and we were going to have an accident.  I was really please that it only took a few minutes to get our tickets and get in!  I mean really I think it was under 3 minutes so that was the first huge thumbs up!  After our "break" my kids made a mad dash to the Sunny Day Carousel.  I'm sure you can see that they were in love with the fun Sesame Themed horses.  After a fun ride my oldest son got off and stopped dead in his tracks and pointed with a huge smile saying, "Mom its him!  Mom its really him...."  We had our first sightings of The Count!  My kids refused to go over and meet him, but it was good enough just to see him this really put huge smiles on their faces!
Next we went over to the play area my kids climbed, bounced, ran and even got to go through a monster maze.  After all that my hubby and I needed a sit down ride so to the dry rides we went.  I'm sure you can see from the photos how much my kids enjoyed themselves.  We went on each ride at least 3 times.  Well the Grover's World Twirl (tea cup) I had to sit out the last 2 times I can only take so much spinning. 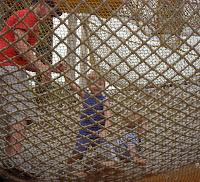 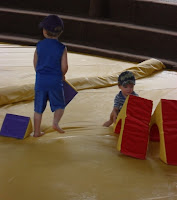 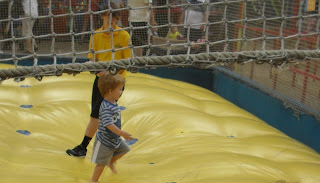 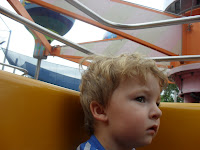 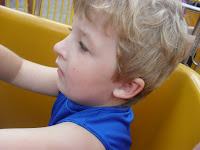 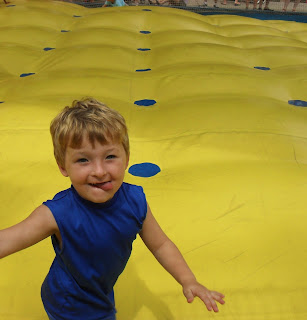 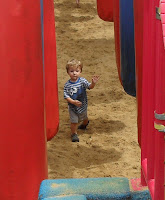 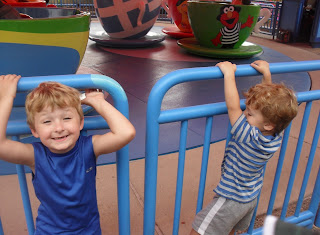 At this point in time we were starving so we had a long debate where to eat and all ended up agreeing on Grover's Island Grill.  My kids got Elmo plates!!  I never thought they would sit down and eat with so much to do, but once they seen Elmo they just had to eat! 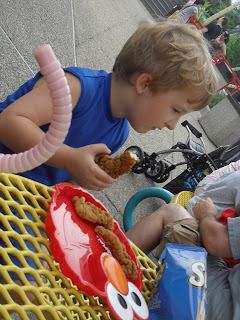 I took the next several minutes to have some photos at Sesame Neighborhood.  My kids could not believe they were walking down Sesame Street. 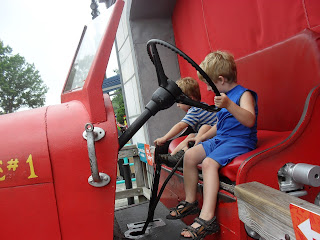 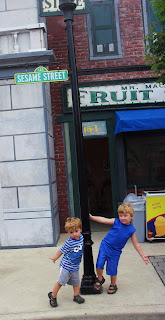 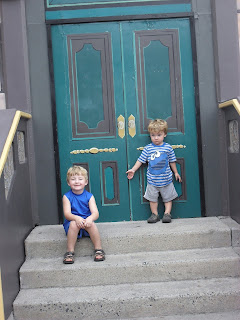 And that is when they seen Bert and Ernie!  My 2 year old who loves duckies started to point at Ernie and scream duckie!  I guess he knows who is famous for the rubber duckie :).  Again my kids would not allow me to get to close, but they were so excited to see them it didn't matter if I got a photo of them stand next to them. 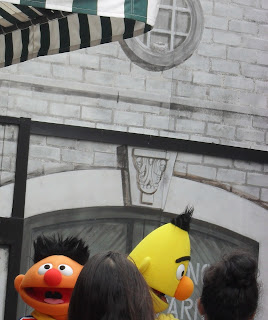 Oh yes in the photo below my son was convinced you know who was going to pop out of that trash can! 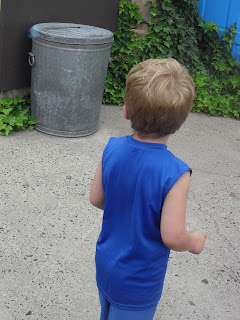 We went Sunday and it was a bit rainy and windy so I wanted to do the water park last so we could try off and get in warm clothing.  On the way to Ernie's  waterworks we found a cute duck game and my boys were able to win cute stuffed duckies.  We went on a few water rides and then left the park. 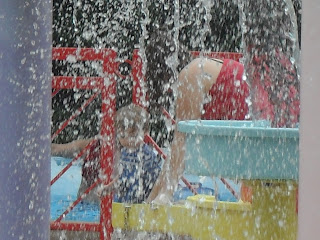 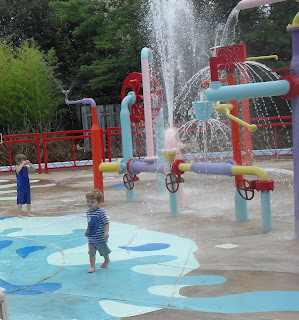 On the way out my oldest son looked at me and told me this was the most fun he ever had :).  Quinn on the other hand got distracted on the way out and tried to convince us that he has the same feet as Big Bird hehe 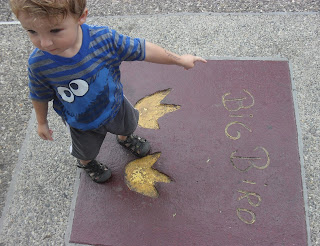 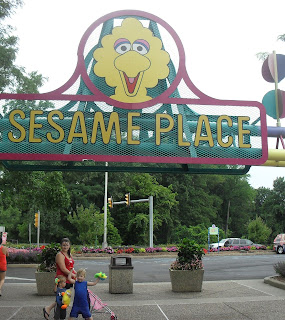 We didn't go to any shows, but Sesame Place also offers shows.  They also have some fun event coming up!  Including a firework show!


I highly recommend Sesame Place to all parents!  Its a great opportunity for your kids to spend the day with some of their most beloved characters, the Sesame themed rides will have them beyond excited and they will never forget the first time they seen The Count, Elmo, Ernie or any of the other characters!

If you want to learn more please see my link below:
Sesame Place