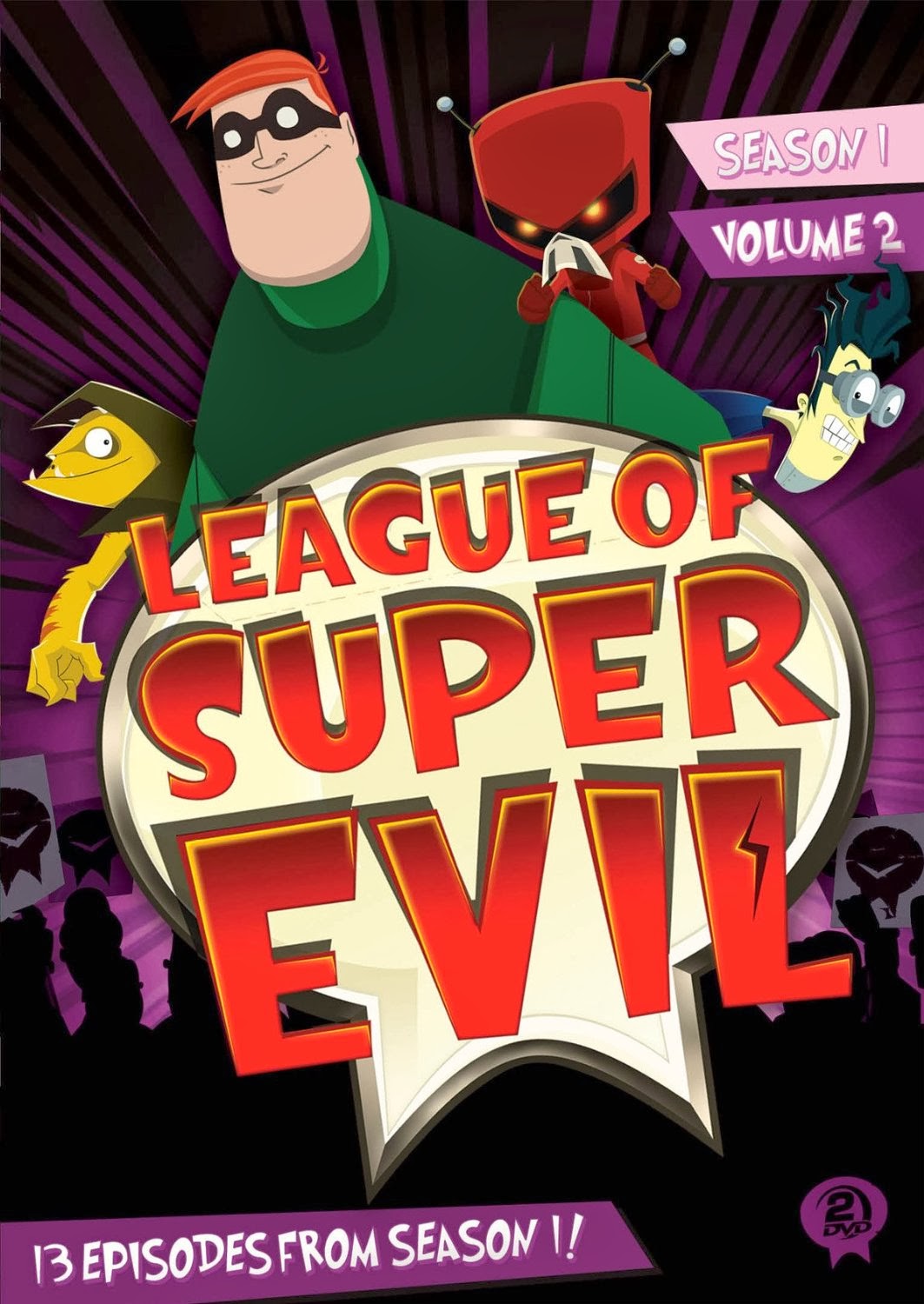 Armed with a whole new approach to badness, the League of Super Evil (a.k.a. L.O.S.E.) follows four Super Villains who have set their sights on nothing less than total neighborhood domination! Between using a shuriken anime robot to win a playground slam dunk competition, or hosting a neighborhood barbecue and not inviting ANY of the neighbors, L.O.S.E. struggles ever-onward to its goal of total mindless fun! Isn't it time the Villains got their due?

I never seen this show before and I have to admit it made me giggle quite a few times.  Its not something my little guys would normally watch, but I'm glad we reviewed it because they really enjoyed the show!
Number of discs: 2


Next we reviewed
Season 1, Volume 2:
This picks up right were the first left off.
Again I had to giggle out-loud in these episodes, they offend an evil elf, play the neighbor kids at street hockey and refuse to make amends with an alien warlord.  You can help but to cheer for the bad guys in League of Super Evil!!

I did let my little guys watch this, but in hindsight I think Quinn my 3 year old may have been to young.  Brandon Jr really enjoyed the show and so did my hubby and I.  I think maybe its for older kids and even adults :)