Disclaimer: I was given products in this post for the purpose of review.  I was not in anyway paid to write this review.  All opinions are my own. 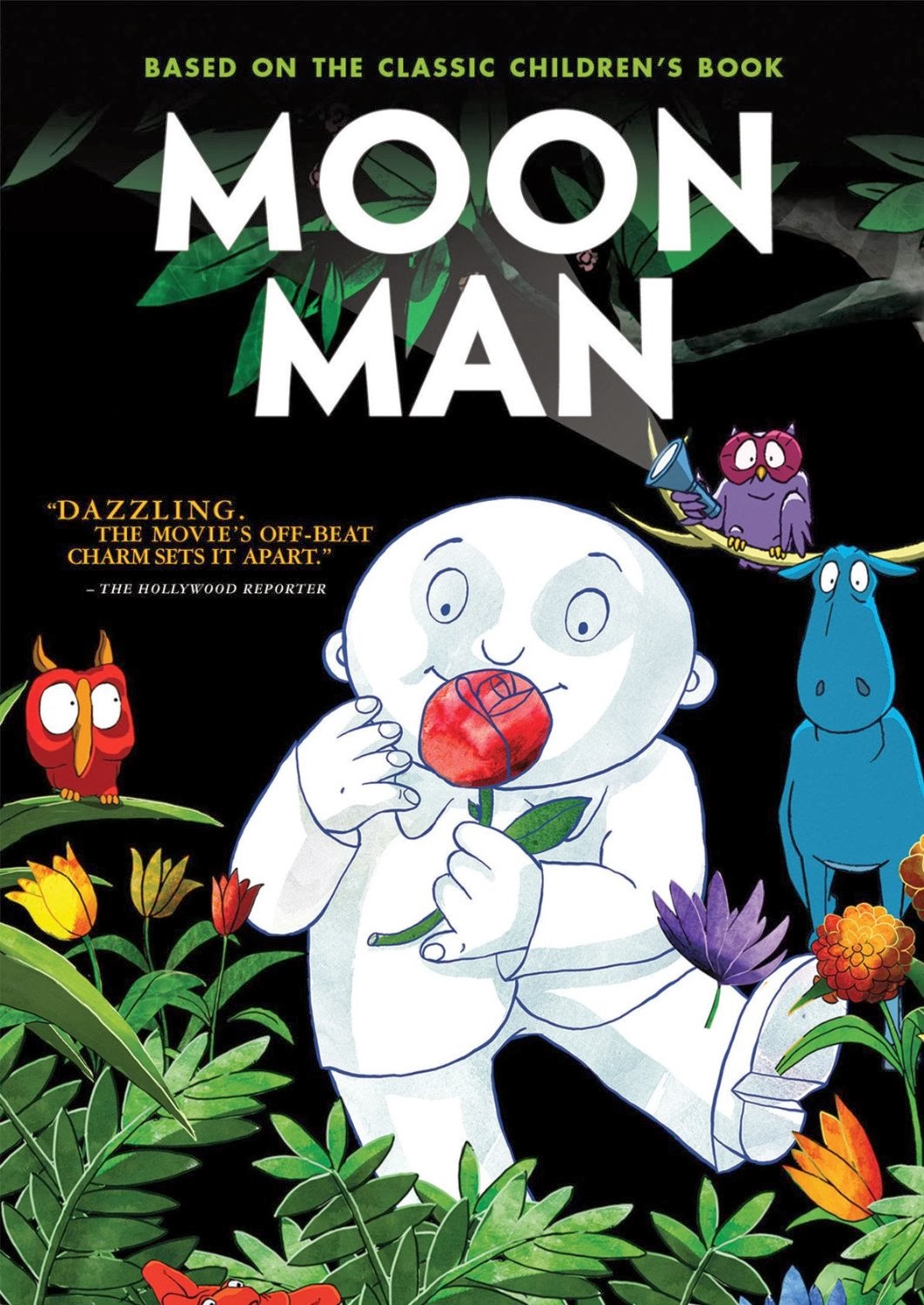 I know quite a few of you seen the photo above and thought oh I remember that book!  I remember as a child I loved it and was delighted to think that there truly was a man who lived on the moon.  Well for those of you who loved the book I got some exciting news.... ITS NOW A DVD!
When I got the email asking me to review I was so excited, because like I said as a child I loved this story and the fact its getting a new life in the form a dvd is so exciting :)

About the DVD:
Based on the children’s book by award-winning author and illustrator Tomi Ungerer, MOON MAN premiered at the Annecy International Film Festival and won the hearts of children and adults alike.  MOON MAN won the Book Week prize and has been translated into 12 languages since it was first published in the 1960s.
The film adaption captures the simple, vibrant essence of Ungerer’s drawings and his endearing story.
Synopsis:
The man on the moon is bored. One day, he hitches a ride to Earth on the tails of a passing comet.  Seen as an “attack from outer space” that sets the alarm bells ringing in the President's headquarters.  He starts to explore the fantastical creatures and sights of this new planet. But soon things begin to go bad the Moon Man's absence from his post means that all the world's children are unable to sleep. Before the President can capture him, they must join forces to return him to his rightful place in the sky.

The story line is simply beautiful in its simplicity.  I love how it plays on the imagination and makes it seem as anything is possible.  It places that tiny spark of magic in kids imaginations and since watching the movie my little guy keeps looking at the moon and asking me what I think the man on the moon is doing now.  I have to smile, because I remember as a child asking the same question.  This heartwarming beloved story is a must read and now that its in DVD form its also a must watch!