You read right!  Little House on The Prairie Season One will be available for the first time ever in High Definition On Blu-Ray And Digital HD.
It was released on March 25th, Timed To The 40th Anniversary Of
The Original Pilot Movie Broadcast On NBC From Lionsgate Home Entertainment. 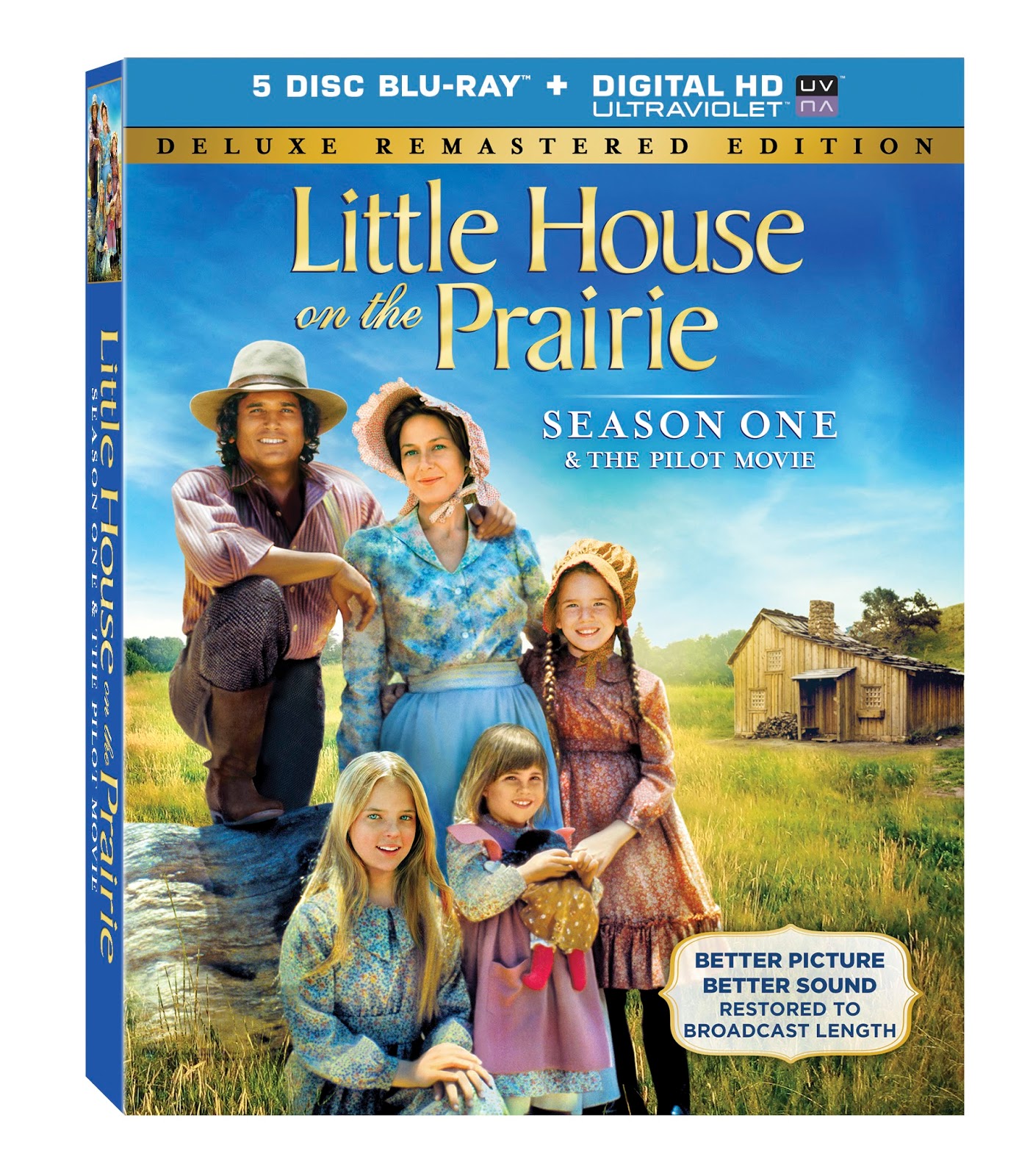 I know a few of you are like me and reading this brought a HUGE smile to your face.  As a kid growing up I LOVED Little House on The Prairie!  Watching the Ingalls and their friends was a childhood past time for me.  On rainy days my mom would get out her Little House movies and we would have all day marathons.  My favorite scenes were the ones with Laura and Nelly.  I remember crying when Mary lost her sight and cheering when Almanzo finally seen Laura as a woman.  (FYI if you ever get a chance google the real Almanzo he was a cutie in real life!!)  I remember wanting to on several occasions pull Nelly and her mom's hair out.  And a tiny part of me always wished Charles Ingalls was my Pa.
I loved watching this show as a child and I'm excited I will now have the chance to share it with my children.

This American classic can now be watched like never before when Little House On The Prairie – Season One Deluxe Remastered Edition arrives on Blu-ray (plus Digital HD UltraViolet), DVD (plus Digital Ultraviolet) and Digital HD March 25th. To celebrate the 40thAnniversary of the pilot movie premiere, the beloved series has been completely restored and remastered and will be available in high definition for the first time from Lionsgate Home Entertainment and NBCUniversal Television Consumer Products.
First introduced to American families in March of 1974, the show remained a top-rated series throughout its nine season run and garnered 17 Emmy and three Golden Globe nominations along with two People’s Choice Awards.  “Little House on the Prairie” was produced by NBC in association with multiple Emmy nominated and highly successful television producer Ed Friendly.  The show remains one of television’s most meaningful TV series and now loyal fans along with new viewers will be able to discover the Ingalls unconquerable courage as they strive to build a better way of life.

Not seen since their original TV broadcast, all twenty-four season one episodes are now presented complete and uncut, newly restored and remastered for optimal picture and sound quality. Plus, you’ll discover where the “Little House on the Prairie” TV legend began—with the original, full-length pilot movie that introduced the Ingalls family to millions of viewers around the world.

Little House On The Prairie – Season One Deluxe Remastered Edition includes all twenty-four original broadcast length episodes of the premiere season, plus the 96-minute pilot movie. Packed with over 21 hours of content, the Season One set also includes all-new special features including the original screen tests and part one of a newly created six-part documentary that takes a historical look back at the acclaimed series.

My review:
Well you can see for earlier in the post I'm def. a Little House on the Prairie fan.  I could go on for hours about how much I love the show and how all the characters are like beloved childhood friends to me.  I could also talk about all the life lessons the show teaches and even comment on how this will be something your children will remember watching with you.  (I remember watching them with my mom and I still remember the day I was home sick with a stomach bug and we watching the episode where Laura punched Nelly in the nose for talking badly about her Pa.  My mom and I couldn't stop giggling.)  I could tell you about all of this, but I think Little House is just one of those shows you need to watch for yourself to understand the magic behind it.
So instead of trying to put all that into words I will talk about the quality of the Remastered DVD.  I was beyond impressed!  It was like seeing one of my favorite shows new and improved.  The sound and picture quality are amazing and the DVD extras are awesome!
Whether you are already a Little House fan or someone who has yet to see the show you def. want to invest in this DVD set.  Its something you will cherish for years to come :)