Recently my house been taking over.... BY Yu-Gi-Oh!  I myself have never heard of the show prior to reviewing, but after watching a few episodes the entire family is addicted!  Yes with a slight blush I will admit I like a kids anime show lol
I wish we would have started with season 1 though and made our way to season 5 that way we would know more about what is going on, but my kids have me checking amazon for the other seasons so we will eventually get caught up :)

Season 5 of the top-selling anime series released for the first time on DVD! 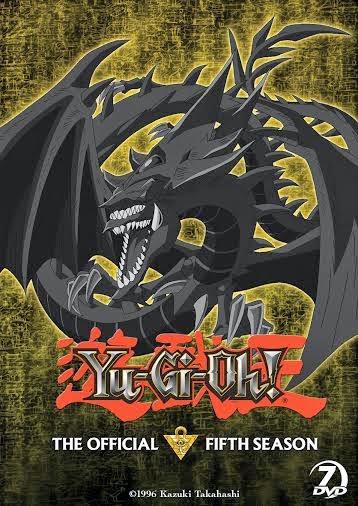 The Yu-Gi-Oh! anime series originated from the Yu-Gi-Oh! manga series created by Kazuki Takahashi. The Japanese collectible trading card game, developed and distributed by Konami Digital Entertainment Co., Ltd., has sold more than 25 billion cards. The game and television series, feature a strategic play that incorporates a combination of monsters, spells and traps to defeat opponents, and is acknowledged by the Guinness World Records as the best-selling trading card game of all time. A long-running success on TV throughout the world, Yu-Gi-Oh! has aired domestically and internationally in more than 90 countries over the past 12 years. Synopsis: After four seasons of searching for answers, Yugi finally uncovers the secrets of his ancient past! Through the magic of the three Egyptian God Cards, Yugi and his friends are suddenly transported 5,000 years back in time! Now they must battle the ultimate evil force to save the world from devastation, for if the past is destroyed…so is the future!
Format: 7 DVD
Language: English
Approx Length 19 hrs., 56 mins
Genre: Anime
Season 5 Amazon Link 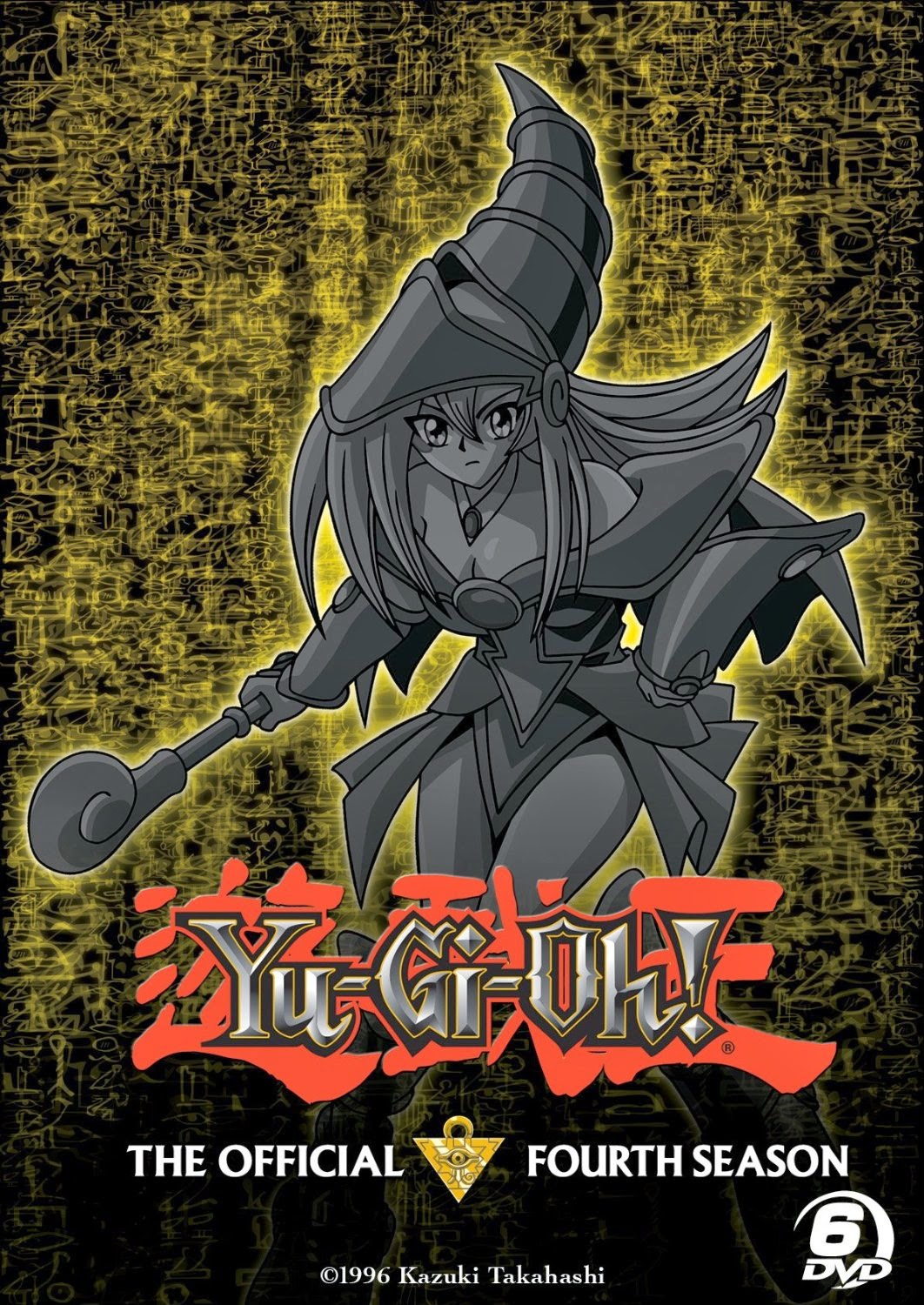 After the conclusion of the Battle City Finals, chaos erupts once again! The three Egyptian God Cards are stolen! A terrifying new villain emerges! And as if things couldn't get any worse, real monsters begin to appear around the world, terrorizing the population! Are these strange events connected, and can they be resolved!? Yugi and the gang better find out... before the planet faces total destruction!
Number of discs: 6
Studio: New Video Group
DVD Release Date: March 25, 2014
Run Time: 880 minutes
Amazon season 4 link 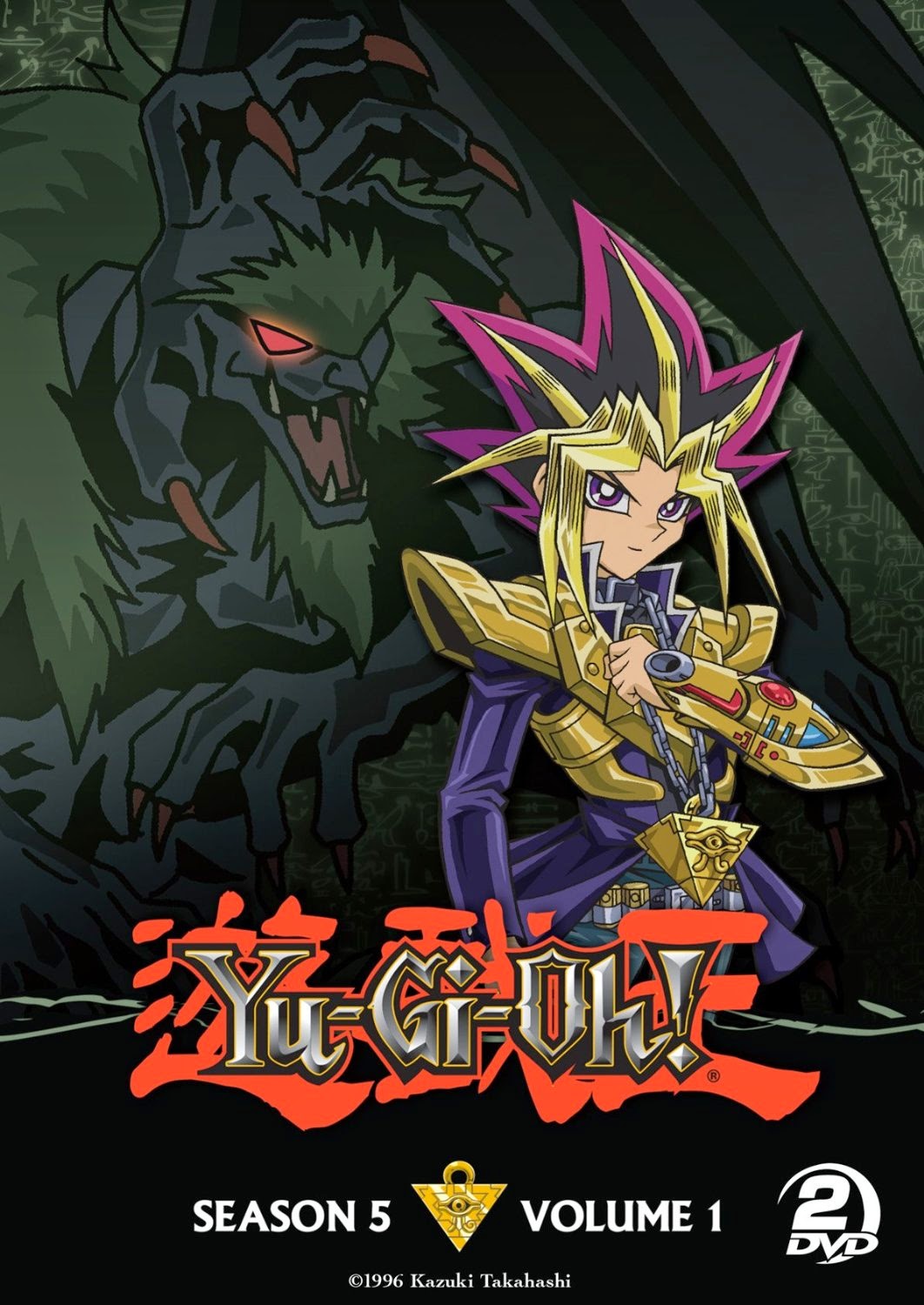