MARVEL’S GUARDIANS OF THE GALAXY

MARVEL’S GUARDIANS OF THE GALAXY

Get it First on Digital HD plus Disney Movies Anywhere November 18th, and on Blu-ray™ 3D Combo Pack, Blu-ray and On-Demand December 9th

My family and I looked forward to Guardians of the Galaxy since we first seen the advertisement months before it came into to theaters.  My boys play Marvel vs. Capcon on PS3 and they always pick Rocket for their team.
We waited and made plans to go and see the movie together.

No huge issues our local theater gets these movies 2 weeks after the bigger theaters we were still going to see it.

My hubby and I both got sick and neither one of us were up to taking the kids!  Needless to say we were all heartbroken, but we are all looking forward to see it on DVD and that date is coming up pretty fast :) 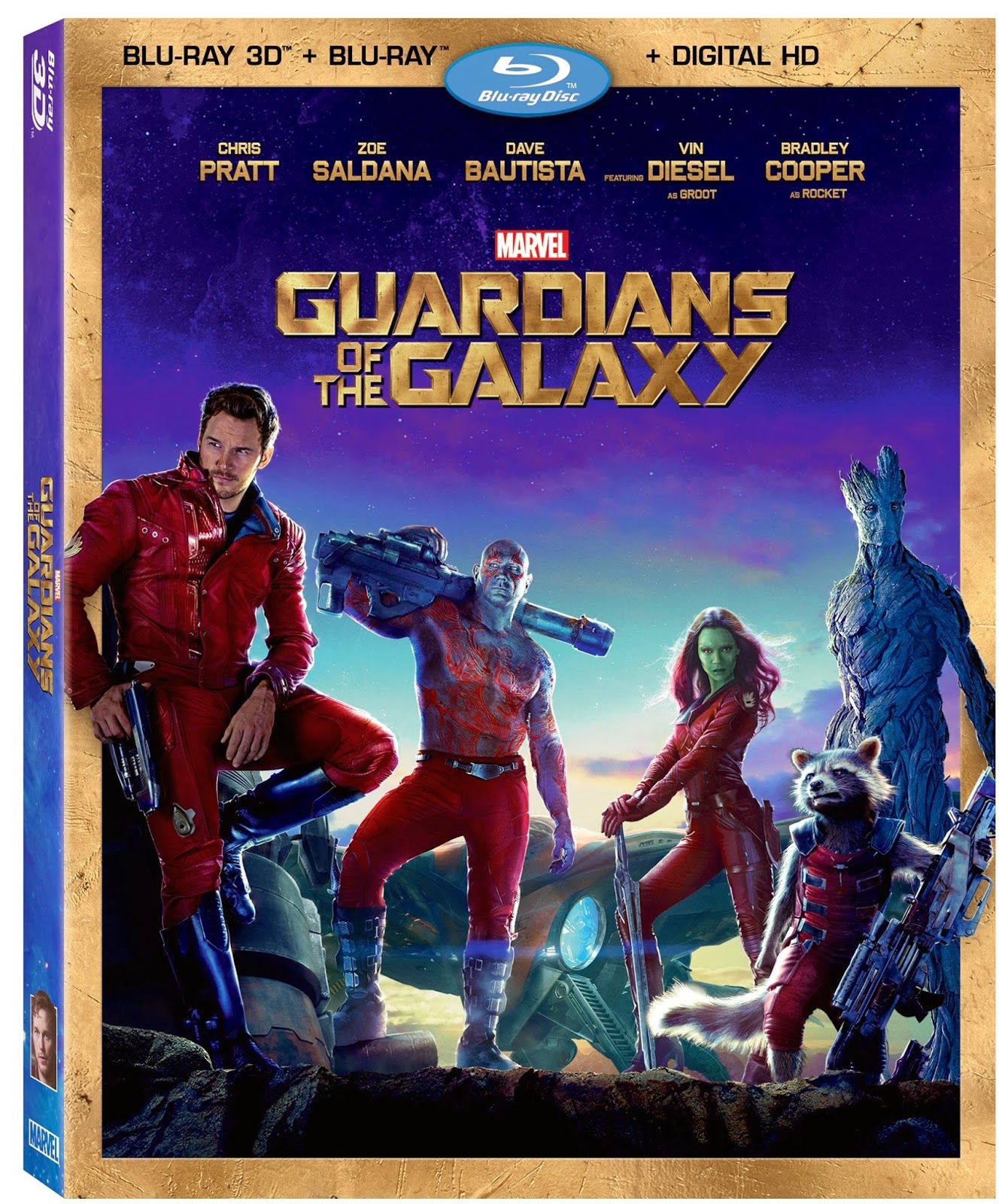 Marvel’s Guardians of the Galaxy film has earned over $645 million worldwide and recently passed the $300 million mark at both the domestic and international box offices. Guardians of the Galaxy opened domestically August 1 with $94.3 million to become the biggest August debut of all time and ultimately the biggest August release ever; it’s also the highest grossing film of the year and the first to surpass $300 million in 2014 domestically. After becoming the 10th straight Marvel Studios film to open at #1, Guardians of the Galaxy occupied the top spot domestically for four of its first six weekends in release.
Synopsis:                                 From Marvel, the studio that launched the epic franchises of “Iron Man,” “Thor,” “Captain America” and “Marvel’s The Avengers,” comes an unlikely new team—the “Guardians of the Galaxy.”  The Marvel Cinematic Universe expands into the cosmos when brash space adventurer Peter Quill steals a coveted orb and becomes the object of a relentless bounty hunt. To evade his enemies, Quill forges an uneasy truce with Rocket, a gun-toting raccoon; Groot, a tree-like humanoid; the deadly assassin Gamora; and the revenge-driven Drax. But when Quill discovers the true power of the orb, he must rally his ragtag band of misfits for a desperate battle that will decide the fate of the galaxy. Featuring amazing new characters and exclusive bonus features, this must-own blockbuster will have you hooked on a feeling… of pure adrenaline!
Cast:                                           Chris Pratt (“The Lego Movie,” TV’s “Parks and Recreation”) as Peter Quill, Zoe Saldana(“Avatar,” “Star Trek”) as Gamora, Dave Bautista(“Riddick,” “The Man with the Iron Fists”) as Drax, Vin Diesel (“Fast and the Furious” series, “Riddick”) as Groot, Bradley Cooper (“American Hustle,” “Silver Linings Playbook”) as Rocket, Lee Pace (“The Hobbit” series, “Lincoln”) as Ronan, Michael Rooker (TV’s “The Walking Dead”) as Yondu Udonta, Karen Gillan(“Oculus,” TV’s “Doctor Who”) as Nebula, Djimon Hounsou (“How to Train Your Dragon 2,” “Gladiator”) as Korath, John C. Reilly (“Wreck-It Ralph,” “Talladega Nights: The Ballad of Ricky Bobby”) as Corpsman Dey,Glenn Close (TV’s “Damages,” “Tarzan”) as Nova Prime and Benicio Del Toro (“Traffic,” “The Usual Suspects”) as The Collector.
Director:                                 James Gunn (“Movie 43,” “Super”)