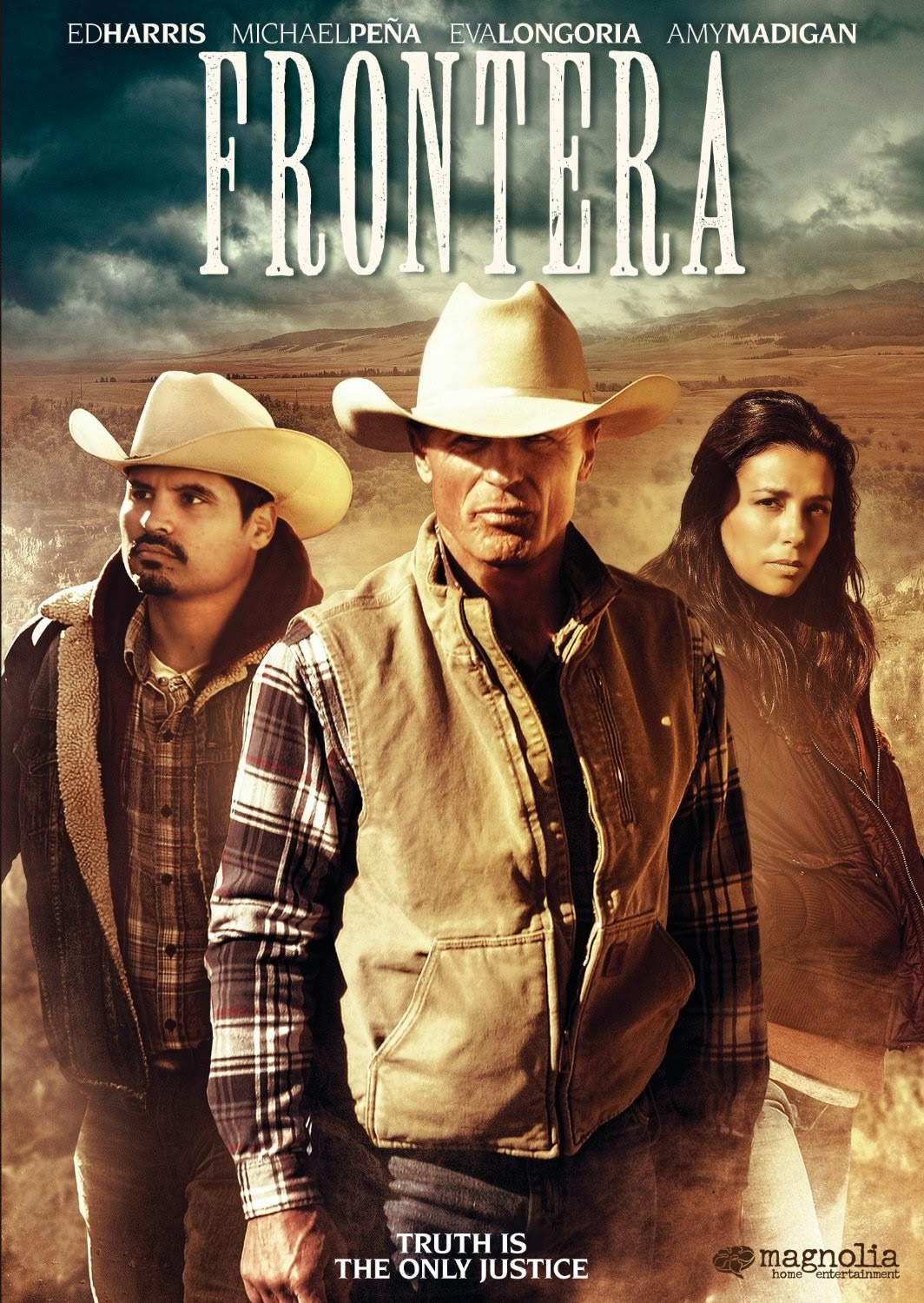 Description: A former Arizona sheriff's wife is killed while riding on their ranch property. It would appear a Mexican man illegally crossing into the US is at fault. As the former and the current sheriff search for answers, lives are changed forever.
Miquel who is accused of killing the former sheriff's wife, has a pregnant wife who lands in the hands of a corrupt Mexican "Coyote" smugglers.  She tries desperate to help her husband, as the sheriff investigate to try to uncover what happened to his wife.
Starring: Eva Longoria (“Desperate Housewives,” Harsh Times, The Heartbreak Kid), Michael Peña (Cesar Chavez, American Hustle, The Lincoln Lawyer), Ed Harris (A Beautiful Mind, Gravity, Man on a Ledge), Amy Madigan (“Criminal Minds,” Gone Baby Gone, Once Fallen)
Release Date: November 4, 2014
running time: 103 minutes

My review:
I really like Eva Longoria as an actress and I have to she did a great job in the movie!  I was surprise to see her playing this type of role, but I hope to see her play it again.  She was amazing in this movie.  To be honest the entire cast was, Ed Harris played his role perfectly.
And along with good acting the story line was incredible!  It was nice to see a movie about something that matters and the dynamic twists kept me on the edge of my seat the entire time.  I love that it wasn't one sided and showed both sides to the story.  Miquel who is trying to make a better life for his family is found at the wrong place and definitely at the wrong time.  He is blamed for a crime he didn't commit and works desperately to prove his innocents.  Ed Harris whom wife was killed also won't stop until he finds the truth in what really happened. As all this is going on his pregnant wife is having her own issues with a group of "Coyote" smugglers.
This movie had a great beginning and an even better ending.
I highly recommend it and can't gush enough about the acting and story line!
To learn more please see my link below:
Amazon Link