Disclosure:  I was given products in this post for the purpose of review.  I was not paid in anyway to write this review all opinions are my own. 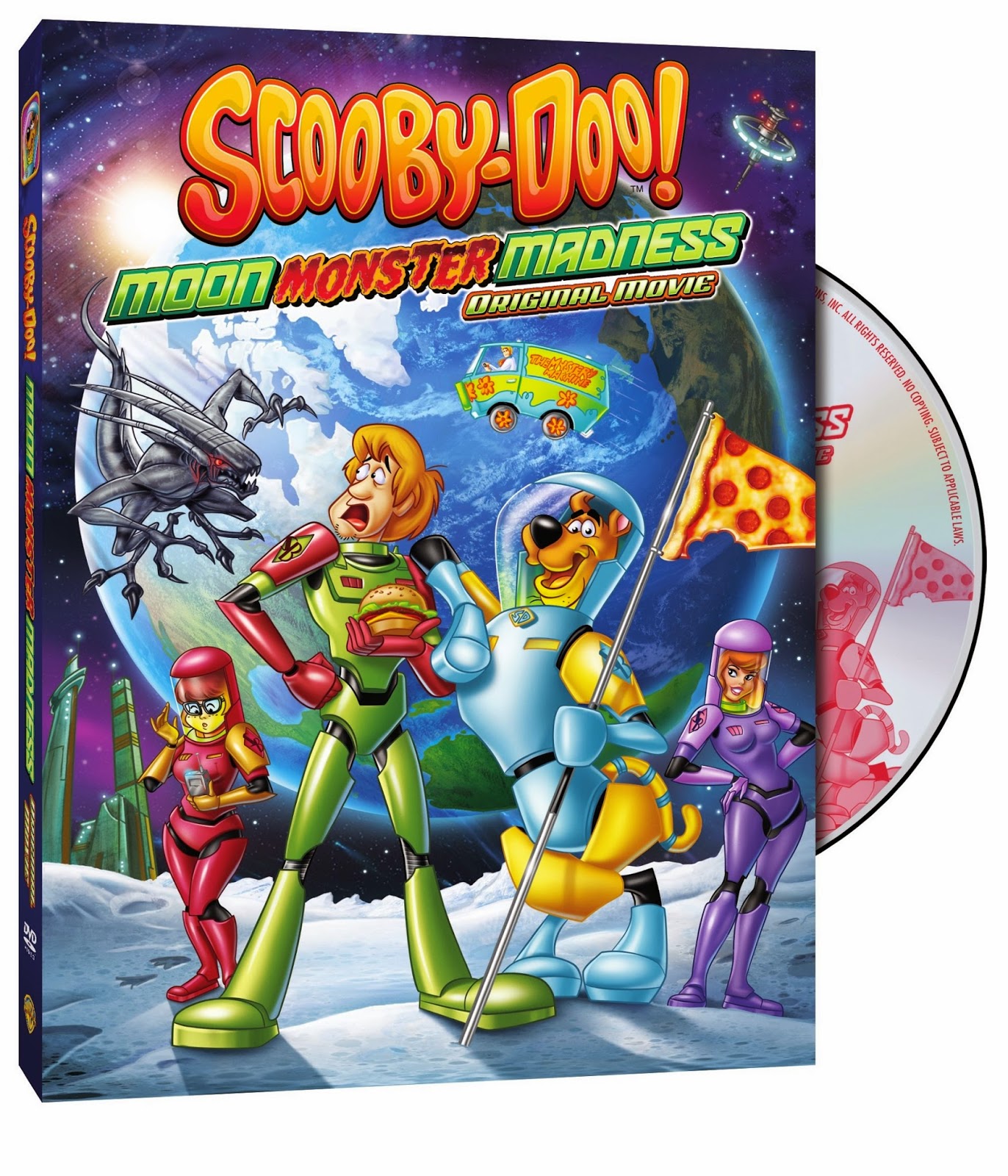 Scooby-Doo and gang has been around since I was little.  I remember watching this with my brother and we would always try to give our dogs "Scooby Snacks" to try and make them more like Scooby-Doo.
Years later and Scooby is still a beloved cartoon that I now enjoy watching with my kiddos.  Last year we bought the WWE Scooby-Doo and I swear we still watch it every other week.
When I seen that they would be releasing Moon Monster Madness I knew I had to get it for my kiddos!!
I mean come on Space and Scooby-Doo all mixed into one movie?!?!?  It doesn't get much better.

SCOOBY-DOO! MOON MONSTER MADNESS
Own it on DVD & Digital HD 2/17

It’s one giant step for dog-kind as Scooby-Doo and the gang blast off for an epic journey into outer space in this must-own, original, new film! After winning the last five seats in a lottery, Scooby-Doo, Shaggy, Fred, Daphne and Velma are off to space in billionaire Sly Barron’s brand new ship, the Sly Star One, a space tourism vessel setting off on its inaugural voyage. It’s all gravity-free fun until a mysterious alien begins to destroy the ship! As the vessel breaks down, the crew is forced to land on Sly Baron’s base – located on the dark side of the moon! Will the gang unravel this alien mystery? Will Scooby and Shaggy find snacks on the moon?

Bonus Features: · Space Travel is Groovy! -- Join Mindy Cohn, the voice of “Velma,” as she introduces viewers to some of the real world technology and training that is part of modern space flight.

My review:
As always Scooby-Doo and his crime busting gang keep us entertained, no matter where they are Haunted house, swamp, WWE ring and now space.
I liked that as always Scooby and Shaggy's top priority was food.  It had it all action, adventure, mystery, and comedy!  The perfect combination for a classic Scooby-Doo mystery.

About Warner Bros. Animation Warner Bros. Animation (WBA) is one of the leading producers of animation in the entertainment industry, producing and developing both CG and traditionally animated projects for multiple platforms, both domestically and internationally. For TV, WBA produces series such as Teen Titans Go!, The Tom and Jerry Show and the upcoming Be Cool Scooby-Doo! and Wabbit – A Looney Tunes Production for Cartoon Network; Mike Tyson Mysteries for Cartoon Network’s Adult Swim; and original animated DC Nation shorts for Cartoon Network. As the home of the iconic animated characters from the DC Comics, Hanna-Barbera, MGM and Looney Tunes libraries, WBA also produces highly successful animated films — including the DC Universe Animated Original Movies — for DVD. One of the most-honored animation studios in history, WBA has won six Academy Awards®, 35 Emmy® Awards, the George Foster Peabody Award, an Environmental Media Award, a Parents’ Choice Award, the HUMANITAS Prize, two Prism Awards and 20 Annie Awards (honoring excellence in animation). About Warner Bros. Home Entertainment Inc. Warner Bros. Home Entertainment (WBHE) brings together Warner Bros. Entertainment's home video, digital distribution and interactive entertainment businesses in order to maximize current and next-generation distribution scenarios. An industry leader since its inception, WBHE oversees the global distribution of content through packaged goods (Blu-ray Disc™ and DVD) and digital media in the form of electronic sell-through and video-on-demand via cable, satellite, online and mobile channels, and is a significant developer and publisher for console and online video game titles worldwide.