Every year for Christmas I make my dad a movie gift basket.  It has popcorn, soda, candy and of course movies.  There is two tings that will always be a hit with my dad comedy and War/History movies.
This year I am going the History route and putting War Pigs and The Simon Wiesenthal Collection into his basket. 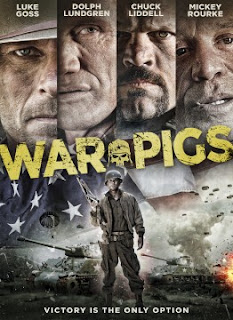 Disgraced World War 2 Army Captain Jack Wosick (Luke Goss) is given the opportunity for redemption when asked to lead a rag-tag unit of misfits known as the War Pigs on a secret mission to go behind enemy lines to uncover and capture a Nazi developed Super Weapon the V3, a massive artillery canon that would give the Nazis an insurmountable advantage against the Allies. With the help of Captain Hans Picault (Dolph Lundgren), a German Anti-Nazi serving with the French Foreign Legion and Colonel AJ Redding (Mickey Rourke), a battle hardened WW1 veteran, Jack must train, lead and earn the respect of his new squad to become a functioning reconnaissance unit. 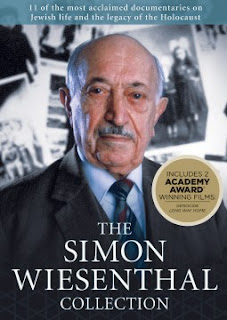 Experience the extraordinary spectrum of Jewish life and the Holocaust legacy with nine of the most acclaimed documentaries of our time.

My dad loves everything and anything to do with History.  If you have a history buff in your family these would make the perfect gift :)