So every year for Christmas I buy a few DVD's for my family.  My dad loves anything to do with history, my brother likes comedy & sports, my sister likes romance, my mom likes the oldies, my kiddos like cartoons and I am a fun of action movies.
We all have our genre, but it is safe to say no matter what Lionsgate always offers the perfect title for each of us!
With that being said I want to mention several of the titles they are now offering.
No matter who you are shopping for this holiday season you are sure to find something on this list! 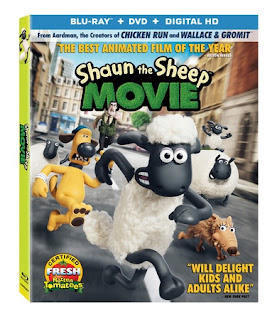 Shaun the Sheep movie!
I was so sad when we missed this one in theaters.  Thanks to sickness we never made it and my boys were beyond bummed!

Available on Blu-ray™ Combo Pack, DVD and On Demand November 24
Shaun the Sheep Movie, a farm-tastic adventure for the whole family, arriving just in time for the holidays.

MEET SHAUN! He’s a little sheep with big dreams, and lately, life on Mossy Bottom Farm has become a bit dull. When Shaun takes the day off for some fun in the Big City, he gets a lot more action than he bargained for. Now Shaun and his flock must use their wits to hatch a baaaa-rilliant plan to get back home in an adventure the whole family will love

For the comedy lover
American Ultra 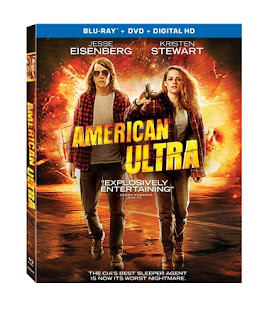 Jesse Eisenberg and Kristen Stewart star in this dynamic thrill ride that mixes explosive action with edgy humor. Mike (Eisenberg) shares a small-town life with his girlfriend Phoebe (Stewart). But Mike’s sleepy world goes wild after he discovers that he’s actually a CIA sleeper agent with lethal fighting skills—and the target of government hitmen. Mike, the ultimate slacker, transforms into an ultra-attacker as he and Phoebe fight to survive in this exhilarating adventure.

For the Oldies fans: 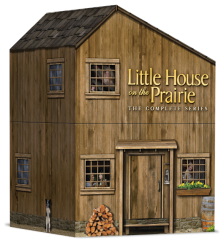 This is one of those shows that no matter how many times you watch it, it never gets old!  I remember as a little girl every time Nellie would be mean to Laura I would get so upset.  When Mary went blind I cried and the episode were Laura dressed up like a clown and kissed Almanzo I turned bright red and hid my face (I said little girl, kissing was a no no at that point lol)  Oh and fun fact google the real Almanzo Wilder he was kind of a cutie!
Anyway when I seen my favorite show was remastered I just knew I had to have it!
"Little House on the Prairie," one of television's top family dramas of all time, is finally available in a complete 60-disc DVD collection! "Little House on the Prairie: The Complete Television Series" contains all nine seasons of the beloved series along with three "Little House on the Prairie" television movies and three discs of special features. Special features provide over seven hours of content, including the "The Genius of Michael Landon," extensive interviews, commentaries and more. In September of 1974, "Little House on the Prairie" made its TV debut, and it has remained an all-time American family classic ever since.

This next title isn't really an oldie, but it does have that old world feel.
Mr. Holmes 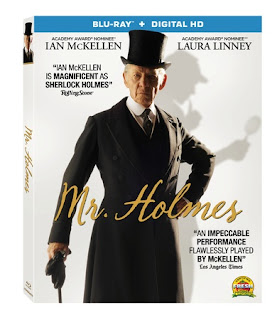 Mr. Holmes, of Sherlock fame, has one last case to solve at the ripe old age of 93. The mystery has haunted him for fifty years. Now he must quietly slip out of retirement and pay a secret visit to his past in order to determine the future, in this intriguing and thoughtful suspense-thriller.

For the Romance lover:

The Age of Adaline 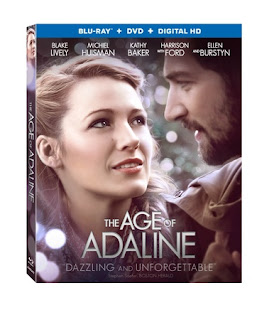 Blake Lively is captivating in the title role of this stirring romantic drama. In 1935, a near-death experience changes 29-year-old Adaline’s life; from that day on, she never grows older. Through eight adventure-filled decades, Adaline guards her secret—and her heart. But an affair with a charming philanthropist (Michiel Huisman) and a weekend with his parents (Harrison Ford and Kathy Baker) forces Adaline to confront her destiny in this unforgettable tale about the timeless power of love.

And finally for the action lover, because I am so that person that gets themselves gifts there is
The Divergent Series Insurgent 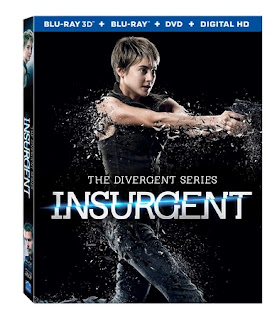 I so read this book series and went to seen both movies in theater.  There is just something special though about having it in your own personal collection.
Now for any book fans I do want to warn you it strays quite a bit from the books, but it is still fun to see it come to life.  I have to admit even though it is different I still really like it and can't wait to see what they do with book #3
THE DIVERGENT SERIES: INSURGENT raises the stakes for Tris (Shailene Woodley) as she searches for answers and allies in this star- powered, action-packed second adventure from the DIVERGENT series. On the run and targeted by ruthless faction leader Jeanine (Kate Winslet), Tris fights to protect the people she loves, facing one impossible challenge after another as she and Four (Theo James) race to unlock the truth about the past—and ultimately the future—of their world.

The DVD's I mentioned today are only a very small handful of what Lionsgate has to offer.  They really and truly do have something for everyone!

To see all their titles please check out my link below:
Lionsgate Shop