I read a lot of books.  My personal physical book collection is almost at 1000.  That isn't counting my ebooks!
If giving the chance I could most likely lock myself away for a week and read nonstop (Well I would have to eat and sleep, but you know what I mean)

Over the years I have found some amazing authors and sadly a few duds.
Nothing beats that feeling though when you find an awesome author and realize they already have a bunch of books released!  That way you don't have to wait around for their next release date since they have several out that you can read right now.
Such was the case with Lizzie Lynn Lee
I started one of her books at the end of last week.  Finished that one, started my 2nd and already finished that one as well!!  If my boys didn't have a snow day I would be curled up right now with a 3rd.
Her books are funny.  I find myself giggling quite a bit as I dive into her pages.
The story line is well thought out and has quite a few twists.  The two books I read have a Polar Bear shifter and Tiger Shifter.  SO finding out your man can turn into an animal is a pretty big twist lol.
I am the worst at spoilers though, so before I give to much away about either book here is there synopsis.

Tiger In Her Bed 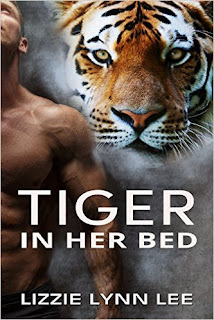 Hot guy + big cat = trouble.It was a simple dare. Walk to her brooding, hot boss, Quinn Alexander, in the middle of the New Year's office party and kiss the arrogant smirk off the bastard. Fueled by too much alcohol, Vanessa Lyle impetuously takes up the challenge.The next morning after the hangover fades, she's mortified. To think she'd been drunkenly brazen enough to steal a kiss from her boss. Quinn will fire her for sure.To her surprise, she gets to keep her job because Quinn demands she fix the problem she's caused. Someone had taken a video of that scandalous kiss and posted it on social media. The video went viral. Quinn's mom happens see the video and demands to meet his "girlfriend." Quinn orders Vanessa to pretend to be his woman just to keep his mom off his back.During a weekend at his parents' house, Quinn takes pretending to a whole different level. He can't keep his hands off her, in and out of his bed. But then she discovers his furry secret. Hot guy + big cat = trouble, and curvaceous Vanessa learns it the hard way... 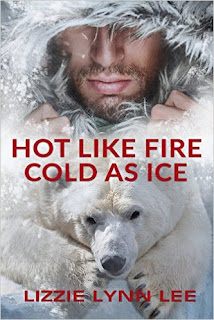 A man like him should come with a five-alarm warning… Vivacious and bubbly Melissa “Missy” Thornton is a career-driven lobbyist on top of her game. She is sent to convince eccentric billionaire Henry Parker to lease out his oil-rich land in Alaska. Before she could meet him, she gets into a car accident and stranded in a snowstorm. She would’ve frozen to death if a handsome stranger hadn’t helped her. Henry “Hal” Parker likes solitude. As a polar bear shifter, he prefers to live in the wilderness rather than the glamourous life he left behind after his fiancée died. When he helps a trapped Missy from her car, he wonders if it’s a sign for him to finally move on. He can’t get his eyes off her and their attraction is instantaneous. It doesn’t take long before Missy falls hard for him. Does it matter when Hal forgets to mention he’s a werebear? Uhm, maybe. Regardless, fur or no fur, a guy like him is perfect to curl up with in front of fireplace waiting for the ice to melt…

As I said these are only 2 of her current releases.  I have a feeling I will be back soon gushing about her other books :)