I was given products in this post for the purpose of review.  All opinions are my own.

So anyone who has Dishnetwork most likely got the same big scare I did yesterday!  We were going to lose some of our kiddos favorites channels.  Thankfully they are still here today lol
My kiddos favorite shows our on those channels it would have been heartbreaking for all of us.
Okay though enough about the almost sadness lets focus on the good!  And that is the NCircle Entertainment's April releases 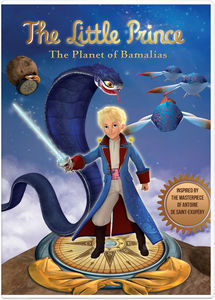 The Little Prince The Planet of Bamalias
The universe is in danger. The evil Snake extinguishes the stars as he passes through the galaxy, causing chaos and plunging the planets into darkness. The Little Prince must leave his Asteroid home and beloved friend, Rose, in his quest to outsmart the Snake and save the universe from doom. Accompanied by his trusted companion, the Fox, the Little Prince travels from planet to planet, braving danger and discovering vast and enchanted worlds. Will the extraordinary gifts of the Little Prince bring each of the planets back to life? And will he ever find his way home? On Planet Bamalias, the Little Prince will go through a terrible experience - he will lose his memory! He can't even remember why he is here! On top of that, Planet Bamalias is at the center of five other planets and they all depend on it for their survival. Fox is trying everything to help the Little Prince recover his lost memory. Fox tells him their story: why they are here, planet-hopping chasing the snake and how it all started. Slowly the Little Prince remembers... but will he remember in time to save the Bamalias constellation? 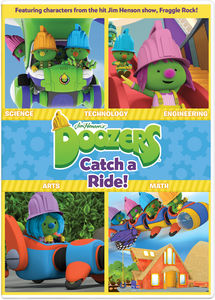 Doozers: Catch a Ride
New release from Jim Henson, featuring the Doozers of Fraggle Rock fame! Appropriate for children aged 2-7
It's time to catch a ride with the Pod Squad!  Embark on all sorts of vehicle-driven adventures with Spike, Molly Bolt, Daisy, Wheel and Flex!   It's time for the Doozer Creek hot air balloon race and the Pod Squad is ready!  However, the Podmobile blimp starts going way to fast and the Pod Squad veers off course :(  Watch as the team works together to get it right :) 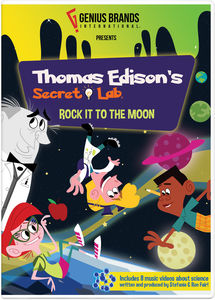 Thomas Edison's Secret Lab: Rock It to the Moon

Join Angie and friends as they deal with everything from a remote control dance outfit to gravity to moon rocks and more! Hoping to get on a dance show, Von Bolt wears a remote-control dance outfit. But if he let's someone else dance for him, is he really a winner? Next, the Secret Lab Kids are ready to demo their new science song for web entrepreneur, Mook Zookerboom, when he learns that a satellite is coming down out of orbit, panics and heads for the airport. So the team must gather some data on gravity to convince him to return. Then, when Von Bolt accidentally destroys the museum's new moon rock, the Secret Lab Kids must find a way to replace it. Guided by fun-loving Edison, Angie and friends will show kids just how fun science can be! 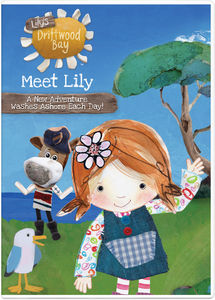