I was given products in this post for the purpose of review.  I was not paid in anyway to write this review.  All opinions are my own

I so watched the Power Rangers when I was a kid.  My sister and I use to fight over who got to be the Pink Power Ranger (I always won)

It is a great show and even though it changed a bit over the years it is still a show kiddos love watching.....  And I am not saying any names (ME) some parents also still like watching lol 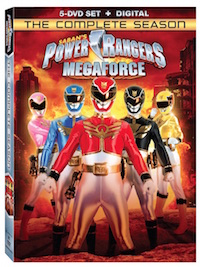 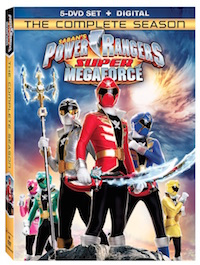 Power Rangers Super Megaforce: The Complete Season Synopsis: In order to stop ruthless Prince Vekar and his massive alien Armada, the Rangers have only one hope: to unlock the special keys — and harness the amazing powers of Legendary Rangers of the past!

So what did we love about these seasons?  Well if you never watched Power Rangers let me tell you as a mom I love the fact my boys can watch "action" without all the gore!  There is not guts or blood or anything like that.
Plus it is just fun!  No bad words or anything like that.  It is a show I feel good about letting my boys watch