Disclaimer:  I was given products in this post for the purpose of review.  I was not paid to write this post

We all have a movie buff in our family or among our friends.  They are that person who seems to be watching a completely different show then us because they pick up on everything!!  In my family it happens to be my brother and I.  One time we were in a very heated debate over a Game of Thrones Episode when my sister walked in.  After 10 minutes she figured out we were talking about a TV show....  It ended with her calling us both idiots and instead of arguing over who John Snow's dad is we started to agree about what a jerk my sister is (JK I do love my little sister.... most days)

But Luke *Brother* and I really do like watching TV shows.  From new series to the more classic series.
This year for the holiday CBS is releasing several of their classics!

Following the comedy extravaganza is a presentation of Mozart’s famed opera, “The Magic Flute,” on Saturday, December 3 at 12:55 p.m.local time. From the creative force behind Broadway's "The Lion King," Oscar®-winner Julie Taymor, this groundbreaking English-version presentation features awe-inspiring, larger-than-life puppetry and enchanting music, making it the perfect operatic introduction for kids and adults alike.
The Doctor Who Christmas Special has long been a holiday tradition, and now for the second year in a row, Fathom Events and BBC Worldwide are bringing the Doctor back to the big screen for a special two-night event on Tuesday, December 27 and Thursday, December 29 at 7 p.m. local time. With an exclusive introduction and a behind-the-scenes look at the making of the special, the Doctor will step into the TARDIS and face a thrilling new adventure.
Experience the timeless holiday classic, “The Nutcracker,” performed by one of the world’s most prestigious ballet companies, the Bolshoi Ballet. Alongside BY Experience and Pathé Live, Fathom Events will bring ballet to the big screen on Sunday, December 18 at 12:55 p.m.local time, with a showing of the full-length performance live from the Bolshoi Theatre in

The Lucy Show: The Complete Series 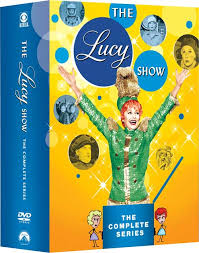 Description: After the death of her husband, Lucy Carmichael (Lucille Ball) and her friend, the recently divorced Vivian Bagley (Vivian Vance), move into a house together with their children. This classic TV series follows the adventures of Lucy as she grapples with the comic complications of life on her own. 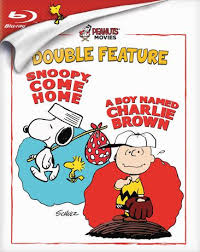 Description: Join Charlie Brown and the rest of the delightful "Peanuts" gang in their smashing debut on the silver screen in the late Charles M. Schulz's first full-length animated features. Charlie Brown must prove he’s got what it takes when he competes in a national spelling bee championship. Plus, a shocking revelation is brought up from Snoopy’s past that leads him on a cross-country road trip. Filled with all the characters and charm that has made "Peanuts" the most popular comic strip in the world. 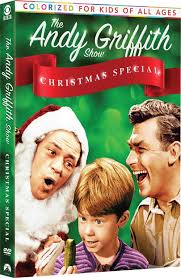 Description: Bring the heartwarming joy of Mayberry into your home with The Andy Griffith Show Christmas Special, as broadcast on CBS. Also included are unedited versions of the two episodes contained therein, both colorized and in black and white. In The Christmas Story, local ‘Scrooge’ Ben Weaver manages to have harmless bootlegger Sam Muggins thrown into jail on Christmas, but the good folks of Mayberry have a unique plan of their own. In The Pickle Story, Aunt Bee decides to enter her homemade pickles in the annual county fair contest – only they taste like “kerosene cucumbers!”

Shop for these titles and many more at the CBS STORE