Disclaimer:  I was given products in this post for the purpose of promoting them  I was not paid to write this post

I remember several year ago my hubby and I were in Barnes and Nobels,  I for the life of me couldn't find a new book series I wanted to start.
It is okay that happens to me a lot, getting in book ruts are kind of my thing.  No need to worry though whenever it happens I always get check out the movie section and start a new TV series.  I picked up several and after process of elimination decided on Downton Abbey I heard some pretty good things about them.  So home I went planning to watch an episode or two..... Several hours later I had pulled an all nighter and watched the entire season!  Before I went to bed I stuck in a rush order for season 2 and 3 (The only seasons out at that time)  and left my mom & dad a voicemail telling them I had a new show for them!  It is safe to say it was love at first view for me and Downton, but Downton just happened to be a gateway show.  I found myself watching all of PBS's series and even their mini events! Death comes to Pemberle was one of my favorites :)
PBS has great shows and something forever one, that is why it comes as no surprise to me that this holiday season they are offering some pretty epic gifts 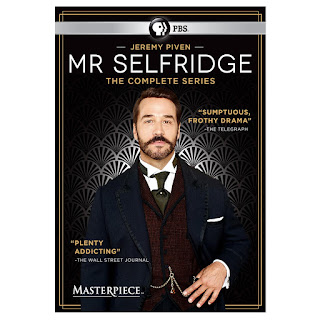 Created by Emmy® Award-winning writer Andrew Davies (Pride and Prejudice, Bridget Jones’ Diary), Mr. Selfridge brings to life the story of American entrepreneur Harry Gordon Selfridge, the colorful and visionary founder of Selfridges, London’s lavish department store. Pioneering, reckless, and with an abundance of charm, Harry Selfridge created a theater of retail for early 1900s Londoners, where the latest topics or trends were showcased and traditions were challenged. 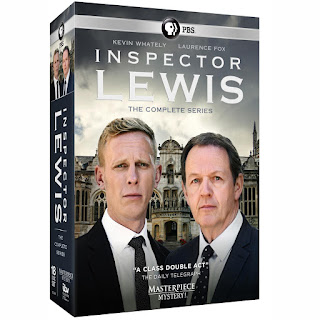 Inspired by the Inspector Morse novels by Colin Dexter, comes the long-running series Inspector Lewis. Inspector Robert Lewis (Kevin Whately) steps out of the shadow of his mentor, the inimitable Inspector Morse, in this highly-acclaimed series of intricate mysteries. Together with his brooding, inscrutable partner, Detective Sergeant James Hathaway (Laurence Fox), they take on the elite criminal underworld of Oxford, England, relying on Lewis’ instinct and Hathaway’s intellect to see past appearances and into the hearts of their upper-crust foes. All eight seasons of Oxford’s favorite detectives, Lewis and Hathaway are included in this complete series box set. 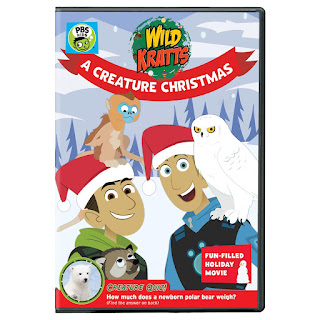 In this special fun-filled holiday movie, the Wild Kratts crew is resting and relaxing as they get ready for the Wild Kratts Christmas party after a busy year filled with amazing creature adventures! It’s too bad their arch villains Donita Donata, Gaston Gourmand, and Zach Varmitech are about to spoil the fun. The sound of jingle bells is replaced by alarm bells as the team discovers that Donita, Gaston, and Zach are capturing baby animals from around the globe. With Christmas fast approaching, can Martin and Chris rescue their baby animal friends and return them to their homes in time for the holidays? 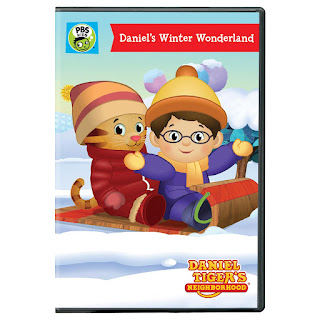 This new DVD features four stories including “A Snowy Day,” “Daniel’s Winter Adventure,” “Neighborhood Nutcracker,” and “Baking Mistakes.” In the stories “Daniel’s Winter Adventure” and “Neighborhood Nutcracker,” Daniel discovers that when sledding, ice skating, or learning a dance for “The Nutcracker” ballet, “if something seems hard to do, try it a little bit at a time!” In addition to these grr-ific stories, kids can watch Daniel and Miss Elaina play snow astronauts in “A Snowy Day,” and Daniel and Prince Wednesday make cookies with Baker Aker in “Baking Mistakes.” 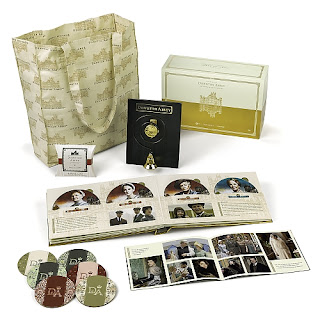 is the perfect gift for Downton Abbey fans. All six seasons – 52 episodes – of the Emmy®, Golden Globe® and SAG® Award- winning program are offered. The set contains 13 hours of bonus content including 5 all new hours as well as exclusive collectible keepsakes that lovers of the series will cherish forever. This is the ultimate Downton Abbey box set and a must-have for every fan!


AND BEING OFFERED BY
Public Media Distribution 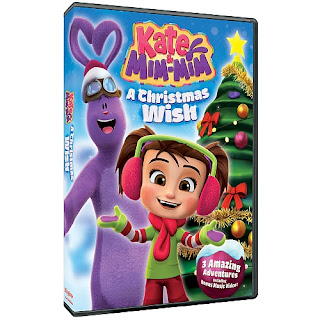 In addition to this Christmas adventure, this DVD features two additional tales in which Kate and Mim-Mim go snow bowling, get stuck inside an ice cave, and try to find their friend Chilly in order to prevent the Winter Waterfalls from melting! These two stories are called “Snow Bowling” and “Chilly the Snowman.” 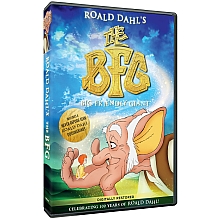 This DVD includes the digitally restored version of this classic animated film along with two special features – a Never-before-seen Roald Dahl Documentary and Before/After Restoration Video. The documentary features an interview with Roald Dahl in which he talks about several of the well-known books he has written including “The BFG,” “The Witches,” and “Matilda.”

If you’re not familiar with “The BFG” book or this film, Sophie, an orphan, is snatched from her bed by an awesome giant who whisks her away on a magical, thrilling, and funny adventure. Unlike scary giants such as the Bloodbottler, the Fleshlumpeater, and the Bonecruncher, the BFG (Big Friendly Giant) is a good giant who blows sweet dreams into the bedroom windows of children as they slumber. When Sophie learns that a monstrous crew of meanies is off to England to gobble up innocent boys and girls, she sets out to stop them once and for all, with the help of her new, rather large friend.