I grew up in the 90's when TV was EPIC!!  Okay there is still some pretty cool shows, but nothing can compare to AHHH Real Monsters, Are you Afraid of the Dark, Hey Arnold, Roccos Modern Life, CatDog and Rugrats.
And that is just a few of the awesome shows that I use to watch.  I love when my old shows come out on DVD because they I can share them with my boys!

I am sure you know that I was super excited when I saw The Rugrats were being released on DVD!
A baby's gotta do what a baby's gotta do in the all-new DVD releases of Rugrats: Season 1 & Rugrats: Season 2.  Told from the perspective of a group of adventurous and imaginative toddlers, Rugrats transformed the most mundane activities into unforgettable adventures. Led by fearless leader Tommy Pickles, the gang can turn an ordinary trip to the park into a journey across the Sahara in search of water, a visit to the plant nursery into a jungle trek to find a cure for "jungle beaver," or a search for cookies into a prehistoric fantasy. Together, there's no adventure too big and no problem they can't solve... or at least nothing that a good nap won't help.
Rugrats premiered on Nickelodeon in 1991 and is beloved by millennials as one of their favorite childhood TV shows.  With heartfelt and adventurous stories, Rugrats: Season 1 & Rugrats: Season 2 are sure to fill the nostalgic hearts of fans who grew up with the show as well as bring new joy and excitement to a younger generation. Episodes of Rugrats currently air on Nickelodeon's daily '90s programming TV block, "The Splat," from 10pm-6am (ET/PT) on TeenNick.
Rugrats: Season 1 & Rugrats: Season 2 will be available individually on May 2 from Nickelodeon Home Entertainment and Paramount Home Media Distribution. Rugrats: Season 1 contains 25 episodes on two discs and Rugrats: Season 2 contains 51 episodes - over ten hours - on four discs. 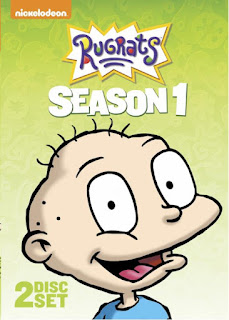 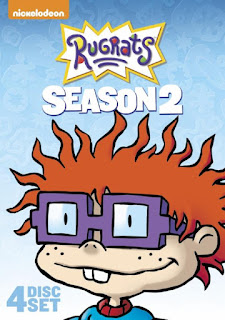