Disclaimer:  I was given products in this post for the purpose of review  I was not paid to write this review.  All opinions are my own

If you grew up in the 90's you know who the Rugrats are!  I watched this and several other shows with my brother and sister as a kid.  I even remember when the movie came out.  My mom and aunt loaded my siblings, my cousins and I and we went to see it in theaters!  The birth of baby Dil I will have you know was a pretty big deal!!  Now years later I still love this show, but in a much different way.  I love sharing it with my kids.  I love that Tommy and his friends are all about team work and friendship.  I love that they teach my boys how important it is to use their imagination and play.
We of course have season 1 and 2... AND NOW SEASON 3 AND 4 ARE BEING REALEASED TOO

Rugrats: Season Three contains all 52 episodes from the show's third season and features classic episodes like "Naked Tommy" and "Angelica Breaks a Leg." Viewers will have a blast as they join Tommy, Chuckie and the gang as they grab a screwdriver, break out of the playpen and embark on over ten hours of grand adventures to the moon, north pole and even to Chuckie's first haircut!
Rugrats: Season Four picks up right where season three leaves off and contains over six hours and two discs of adorable adventures from season four. Fans won't want to miss the chance to relive the classic Rugrats family vacation, meet Spike's babies or laugh along as Phil and Chuckie discover the joys of dresses!
Produced by Nickelodeon Home Entertainment and distributed by Paramount Home Media Distribution, Rugrats: Season Three and Rugrats: Season Four will be available on DVD February 6, 2018
Rugrats: Season Three contains the following episodes: 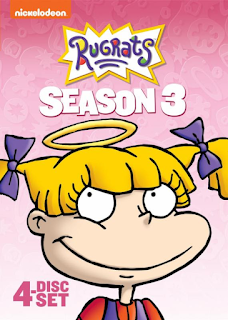 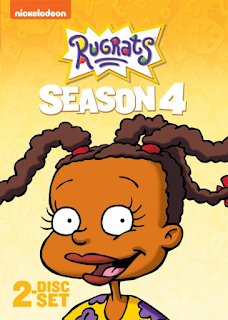