My son has always been one of the top readers in his class!  He always scored above average on his assessment tests and just excelled at all things reading.  And than 4th grade came along and now he hates to read!  Something he use to love doing is now like a chore.  Every night when it comes to reading homework I feel like I have to beg him just to read a few pages.

Being the hands on mom that I am I took matters into my own hands.  I drove an hour to our closest Barnes and Nobles and left him pick out as many books as he wanted.  He ended up getting the Kid Lawyer series (which by the way is AWESOME!)  And it got him back into reading.  I also started to look online for books that would hold his interest.  We picked out a few and he loves them!

Harper and the Night Forest By Cerrie Burnell, Illustrated by Laura Ellen Anderson

HC 188 pages, illustrations throughout | Ages 7—9 A delightful series about friendship, music, and a magic flying umbrella. When Harper and her forest set off to find a mythical bird, their journey takes them to the mysterious Night Forest, where fairy tales are more than they seem. . . .


Harper is on a mission! Rumor tells of the mysterious Ice Raven who lives among the ebony trees, singing a magical song that can melt even the hardest of hearts.
Now the Wild Conductor wants to capture this mythical bird and create the greatest orchestra ever known. So Harper and her friends set off to find the mythical bird.
Their journey takes them from the mysterious Night Forest where fairy tales are more than they seem to the City of Singing Clocks.
But soon Harper realizes she faces a terrible dilemma. Should a wild, free creature like the Ice Raven ever be tied down?
The third book in the Harper series continues to spin tales of whimsy and wonder for Harper and her friends. Full of friendship, music, fairy tales, and magic, and featuring a diverse cast, brought to life through stunning illustrations, this is a book to be shared and treasured. 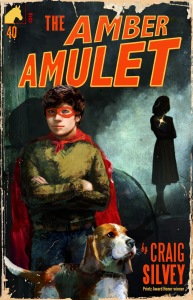 Meet twelve-year-old Liam McKenzie, who patrols his suburban neighborhood as the Masked Avenger—a superhero with powers so potent not even he can fully comprehend their extent.
Along with his sidekick, Richie the Powerbeagle, he protects the people of Franklin Street from chaos, mayhem, evil, and low tire pressure on their cars.  But when he attempts to rescue a damsel in distress from sadness, instead, he finds a powerful, unlikely friendship.  This perfect jewel of a book by Printz Honor Award-winning Craig Silvey will hold all readers in its irresistible power 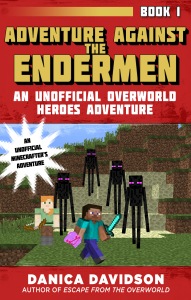 Adventure against the Endermen
After discovering a portal to Earth and battling the evil Herobrine and his army of vicious mobs, Steve and his friends are known throughout the Overworld as heroes. Stevie’s enjoying the attention—that is, until he tries to show off and instead falls down a mineshaft. At the bottom of the mineshaft, Stevie finds an Ender crystal with mysterious powers. Soon the Overworld is in danger once again, this time from vicious Endermen! Mayor Alexandra summons Stevie, Alex, Maison, Yancy, and Destiny to try and stop the attacks. When the friends investigate, they quickly realize that the Endermen are looking for something. Could it be Stevie’s Ender crystal? Soon the group of friends—now an Overworld task force—are caught up in a battle larger than any they could have imagined. Can they protect the world of Minecraft from Endermen—and the larger threat of the crystal? Fans of Minecraft will race to the end of this first installment in the Unofficial Overworld Heroes Adventure series by Danica Davidson!