Disclaimer:  I was given products in his post for the purpose of review.  I was not paid to write this review


I really miss the old cartoons.  The were fun and I didn't feel like a baby when I watched them.  I feel like there is no older kid cartoons anymore.  You go from toddler, to slightly older than nothing!   At 12 and 13 I was still watching Rocko's modern Life, He Arnold!, Rugrats, Doug and so much more.
My kiddos insist there is good shows on, maybe I am just old lol.
But my boys do seem to love all he shows I watched as a kid and a lot of them are making a comeback!
This year for Christmas I can't wait for them to open Rocko's Modern Life the complete series and Hey Arnold! the Ultimate Collection 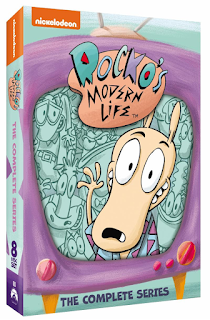 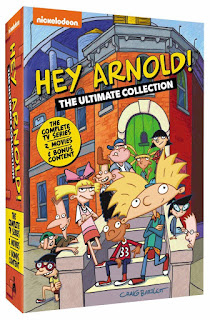