I was given products in this post for the purpose of review.  I was not paid to write this review, all opinions are my own. 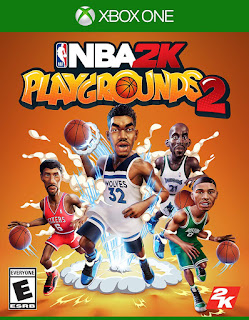 Game play is easy, plus there is so many was to play.  Online, playground, a contests and even a season championship mode.  And you can choose the number of players.  Great for one player or even 4.  Plus there is even more courts than before, making you can even change where you play.

My boys loved that you could play as current players or even retired players!  Making game play better than ever.

This game according to my kids is super fun and really easy to learn.