PLAYMOBIL THE MOVIE Available on Digital and DVD March 3rd

Disclaimer:  I was given product in this post for the purpose of review.  I was not paid to write this review

I remember as a kid my brother and I would spend hours playing make belief.  When I was really young we did not have a lot of money, so for us a stick could become a sword, a rock was a magical gem, there was no limit to our imagination.  My family now is no where near as bad off as I was as a kiddo, but I still want my kids to have a beautiful imagination where the sky is the limit.  I have always provided them with toys that enrich imagination instead of replace it.  One of their favorites were the Playmobil toys.  With your favorite character you could do and be anyone.  When we saw the preview for the new Playmobil The Movie we just knew we had to have it. 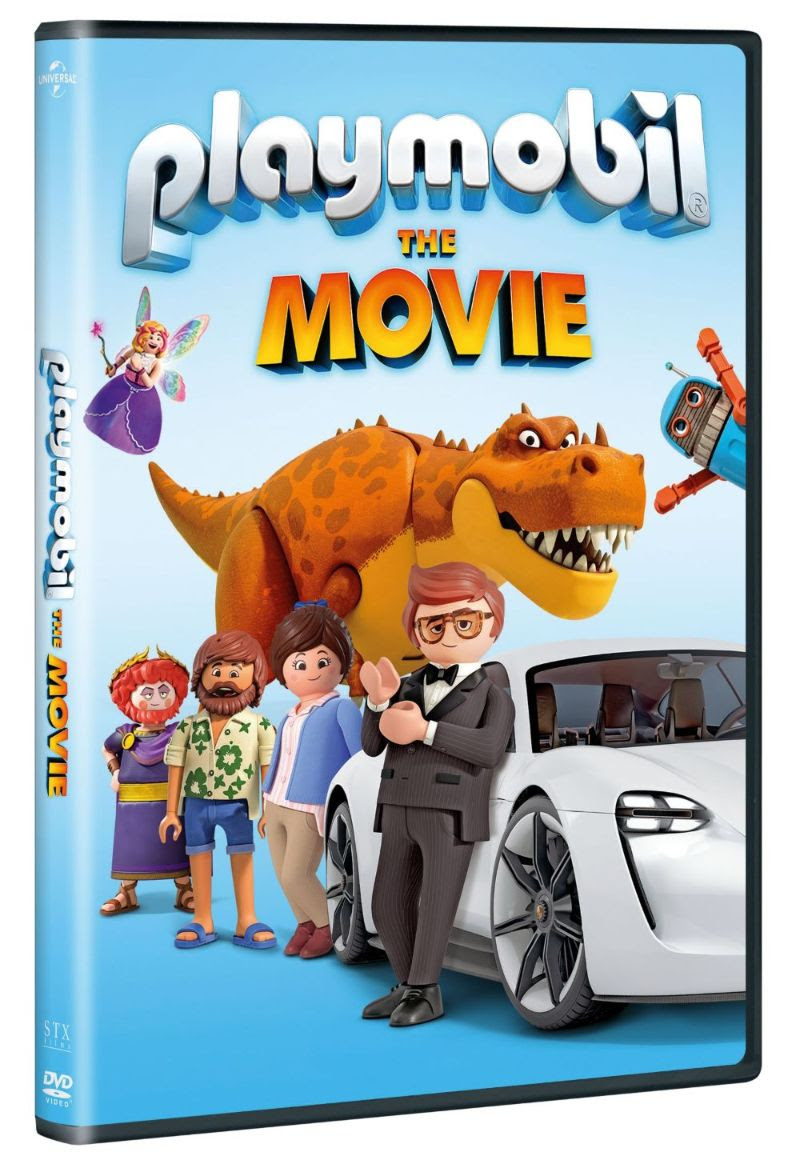 The first night it arrived we watched it.  I wont lie the beginning of the movie had a few tears in my eyes.  The kids in this movie had to grow up fast and in the worst way possible.  What use to be a fun relationship turned into something else.  But through several events the brother and sister suddenly find themselves in a magical land of Playmobil were anything is possible!  I don't want to give anything away, but the story line of this movie was very sweet.  The characters were lovable and it was so much fun to see their personal growth.
I highly recommend this movie for all ages.  I'm 32 and even I giggled several times during the movie and it kept my attention just as it did my kiddos.
My son said (he is 9) that he loved the fact the movie started off in the real world, but then the kids turned into Playmobil character and went into a cartoon/Playmobil world.
From the writers of Disney’s Princess & The Frog and featuring a hilarious, all-star cast, PLAYMOBIL THE MOVIE takes families on an extraordinary adventure ride through a world of fantastical and mythic new lands. Based on the global, multi-billion-dollar toyline,PLAYMOBIL THE MOVIE will be arriving in the U.S. on Digital, DVD and On Demand March 3, 2020. Highlighting the importance of family and the reminder to live life to the fullest, this heart-warming family film will light up the imaginations of parents and children alike. In Playmobil’s® animated action spectacular, PLAYMOBIL THE MOVIE, a top-secret organization has caused citizens from different lands to vanish into thin air. The dashing and charismatic secret agent Rex Dasher (Daniel Radcliffe, Harry Potter Franchise) must partner with smooth-talking food truck driver Del (Jim Gaffigan, (Being Frank, Hotel Transylvania 3) and Marla (Anya Taylor-Joy, The Dark Crystal: Age of Resistance), a smart, savvy civilian with her own secret agenda, to rescue them. Against unthinkable odds, the trio go on a fantastic journey across stunning new worlds as they gather clues for their rescue mission. As they venture through the mythical world of Playmobil, their journey leads to unlikely friendships forming, and exhilarating challenges being overcome against all odds. Through their vibrant adventure, the team realizes that no matter how life plays out, you can achieve anything when you believe in yourself. Showcasing an all-star voice cast, PLAYMOBIL THE MOVIE, stars Radcliffe, Gaffigan and Taylor-Joy alongside Kenan Thompson (The Grinch, “SNL”) Grammy Award Winner Meghan Trainor and Grammy Award Nominee Adam Lambert. The delightful family friendly film includes an upbeat new soundtrack that’s sure to get stuck in your head, including the catchy hit ‘So Much World’. Don’t forget to grab your passport!