Introducing New Chickens to Your Existing Flock
So I have 2 older ladies that have been in my flock for a very long time now.  The 3 of us have gotten along fabulously these past years.  I call them pretty girls, give them food and in return they cuddle on my lap and give me food (eggs).  Perfect right?  Well as my girls get older their laying slows down, I cannot eat my own chickens.  I'm not judging anyone that does, but I'm the crazy chicken lady that puts her chickens on her lap at cookouts and explains to them how pretty they are as I pet them.  I do eat chicken, just not my own.  So putting the old girls down to get new ones was just not an option.
Introducing new chickens to an existing flock is scary, but not impossible.
This year I added 6 babies and two 1 year old girls.  I took a different approach to both and it seemed to work.
Lets cover how I introduced the babies.
1) Never just put a new chicken in alone.  You make her a target for bullying.  Introduce chickens in pairs or more.
2) Don't just throw new chickens into the coop and walk away.  Monitor them, do a slow introduction and make sure all is good.  There will be a pecking order established.  This can be tough to watch, but if there is no blood or extreme bullying it is all good.
The babies were a bit easier. I think this may be because my babies didn't care much about pecking order when they joined the two older girls.  They were just excited to be running around outside.  Plus they are bonded with me, they stayed close to my side. 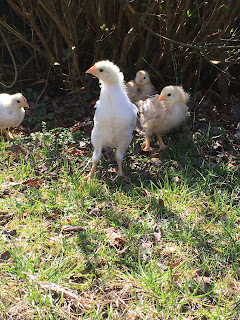 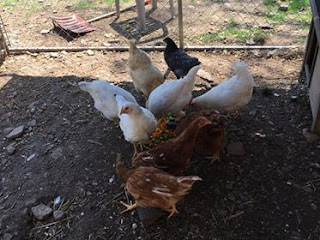 I now have a little roo though who is coming into his manlihood stage and I have a feeling  the pecking order is going to soon be reestablished. 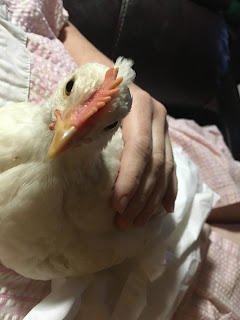 Just a few quick notes.
-If you have someone being a bully, put them on a time out.  A few days in a sectioned off area of the pen normally calms them down.
-I had to add new feeders when the babies came, so if it seems they are being food aggressive add more dishes.
-Treats are the way to a chickens heart, in those rough days of introducing give them some extra treats.
-Don't lavish attention on only the new girls.  I have only ever been pecked once by one of my hens and it was when I was given her sister to much attention and she wanted my love.  This may sound crazy, but they get jealous, spread the love! 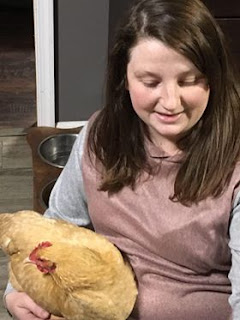 -Don't get discouraged if you think you need to repeat a step.  Patience is the key here.  No need to rush, one day they will be a happy flock and these first few weeks or inductions will be behind them!
chicken care