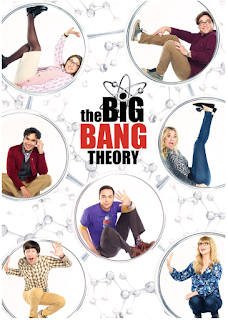 The only way to see The Big Bang Theory: The Complete Series commercial free is to own it on Digital, Blu-ray & DVD. All individual seasons are available to purchase here: BUY NOW. All seasons are also available to own at all major digital retailers; including iTunes, VUDU, Amazon Prime, and GooglePlay. DVD and Blu-ray (which include incredible extra features) can be purchased from all major retailers - including Amazon, Walmart, Target, and Best Buy.
Synopsis:
The Complete Series of this blockbuster comedy follows the hilarious trajectory of best friends Leonard Hofstadter and Sheldon Cooper: geniuses in the lab and challenged in the real world. Yet both somehow manage to entangle themselves in wedded bliss: Leonard with his street-smart neighbor, Penny, and Sheldon, after a long courtship, with Amy, a successful neurobiologist. Across 12 universally beloved seasons, they and their friends—fellow scientist Howard, his adorable microbiologist wife, Bernadette, and astrophysicist bachelor Raj—attempt to solve quotidian conundrums posed by academia, family crises and video games while solving world-changing problems in physics. Proving, ultimately, that what matters most in the universe is fun, friendship and a well-founded theory. Oh, and a Nobel Prize would be nice.
From Chuck Lorre Productions, Inc., in association with Warner Bros. Television, The Big Bang Theory stars Johnny Galecki, Jim Parsons, Kaley Cuoco, Simon Helberg, Kunal Nayyar, Mayim Bialik and Melissa Rauch. Chuck Lorre, Steve Holland, Steven Molaro, Bill Prady, Dave Goetsch, Eric Kaplan and Maria Ferrari are executive producers of the series, which was created by Lorre & Prady.
Relive all of the hilarious and heartfelt memories, and own the complete series today!
My dad works 3rd shift during the week.  For the most part he doesn't care, but one of the things that always bothered him was not being able to watch his favorite shows.  At some point in time one of us came up with the genius idea of getting a DVR.  Every week I would record The Office and The Big Bang Theory for us. My dad and I would record a month of them and the first Saturday of each month we would binge watch them.  This was the best, we would get pizza, a big bottle of soda and laugh our behinds off for hours.  And then the worst happened, my son accidentally spilled something on my DVR box, instant death of the box and our Saturday nights!  And this was long before everything was saved digitally on your account.  My dad and I were both so upset and sadly stopped watching The Bing Bang Theory.  And it was starting to get really, really good.  Like better than normal good (Sheldon and Amy just umm.... you know... for the first time)
Yeah what a horrible place to loose our episodes.  That is okay though, because last Wednesday I was given a code to review the entire series!!  I couldn't wait to tell my dad, I even called him at work which is a huge no, no unless it is an emergency.  He wasn't to mad though when I told him the reason I was calling.  This past Saturday my dad came down.  We ordered our pizza, got a huge bottle of soda and brought back our old tradition.  We didn't get a chance to finish the whole series yet though, so no spoilers.
So if you never watched The Big Bang Theory this is your chance to own the entire series!  I love this show, it has a great mix of characters.  My all time favorite though is Sheldon (I'm sure most people would agree).  I wish I could tell you my favorite Sheldon scene but there is just to many of them.  The episode where he Leonard, because he though Leonard was talking dirty about Amy is pretty high up there.  It is the first time we got to see Sheldon act out of emotion instead of logic! Between his ocd of having to knock 3 times, to the roommate agreement and lets not forget his "spot" on the couch, you just can't help but love him.  I now watch Young Sheldon with my kids, if you haven't watched that show yet please do.
Back to The Big Bang Theory though.
I love the playful humor and the quick wit humor of this show.   And everyone is relatable….  Well most of them, Sheldon is special lol.  There is such Growth in the show for the characters and the writers nailed the chemistry just right.  I feel like this is a modern day Friends.  Whether you are watching this show for the first time or are a long time fan it is def, worth owning!