Setting up the perfect game night with The Op Games

I was given products in this post for the purpose of review.   I was not paid to write this review, all opinions are my own.
These past few months my family has played more games then ever before.  Don't get me wrong we did play games in the past, normally we had a game night every other week.  But with everything that has been going on our biweekly game night became an every night thing.  And I have to say I love it!  Not only is it cheaper, but I feel like my family really bonded.
How to make the game night fun:
1) Make it a game night slash pj night!  I'm all for an excuse that lets me put my PJs on earlier then normal.  Not only does it make the night a tad bit more fun, but you also get to play in comfort.
2) Add some snacks.  I'm not saying go all out, but I always put on some crackers, cheese or even fruit.  My kids don't care they just like to eat as we play.
3)  Don't make it a competition.  Everyone likes to win, but being silly together and giggling with my family is better then winning.
4)Let everyone have a turn picking the game.  As a family if we cannot agree on a game we take turns picking.  The order of who picks first can be decided by rolling dice.  Unless of course you play a long game  like Monopoly or Risk, you can play several games in one night.
If your game selection is lacking check out The Op Games USAOPOLY.
Not only do they have a huge selection of games, but they also have themed games!  Again the theme games just add to the fun.
I personally was able to review
CLUE®: Scooby-Doo 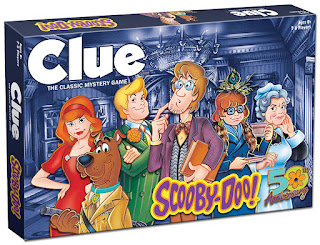 Monstrous abductions are happening at
Mrs. White’s Haunted Mansion! It’s up to Scooby-Doo and the gang to discover WHO was abducted, WHERE the abduction took place and WHAT Item the Monster left behind!
I love not only the themed board, but also the themed pieces, I mean come on who doesn't want the chance to be Scooby-Doo!  And you can tell this game is high quality.  It puts a whole new spin on a classic game. 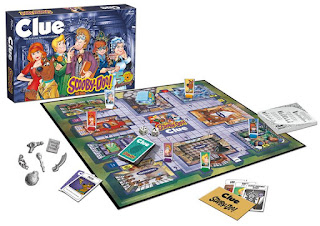 I was also able to review Monopoly: Scooby-Doo! 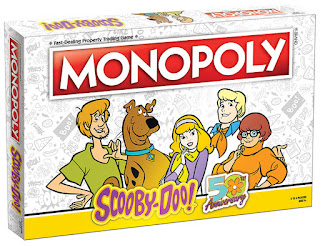 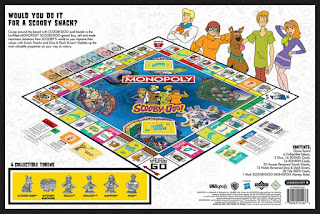 5) And finally remember to have fun.  So maybe you don't play by the rules, or spend more time telling stories then playing the games.  Just remember Game Night is about making memories and bonding.  Who care about winning!?