DC's LEGENDS OF TOMORROW and SUPERGIRL

Disclaimer:  I was given products in this post in exchange to promote the release.  I was not paid to write this post.

This Christmas Quinn is going to be 12.  He is in that hard pre-teen stage.  Not yet a teenager, but also no longer into kid stuff.  And I can only buy him so many video games, sports equipment and candy.  Yes, candy is great at any age :)!

One thing Quinn hasn't grown out of (and hopefully never will, since I'm 35 and still haven't) is superheroes.  We love watching movies, tv shows and even reading comic books.  We also like being ultra dorks and asking who win this battle and then name 2 superheroes.  It's our think lol, my hubby and oldest son aren't a fan of this game.

With that said I was super excited to see several of our favorite series being released this holiday season.  Not just seasons but the entire series!

We love our streaming services, but we have country internet.  Trying to watch anything is such a pain.  Which is why we like buying them on DVD/Blu-ray and binge watching.

First up let's talk about SUPERGIRL, because you know ladies first :) 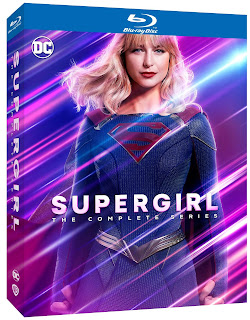 Meet Kara Danvers, aka Kara Zor-El, who escaped the doomed planet Crypton at age 12 and was taken in by the Danvers family on Earth, where she learned to conceal her extraordinary identity.  Now an adult, Kara lives in National City, working for fierce taskmaster Cat Grant with her pal James Olsen.  After years of keeping her superpowers a secret she decides to embrace her true self SUPERGIRL when she's recruited to join her sister Alex at the clandestine Department of Extranormal Operations, headed by Hank Henshaw.  Tasked with keeping Earth safe, Kara must balance her ever increasing abilities with her very human emotions.  Supergirl: The Complete Series soars with all six seasons of the epic adventures of the Girl of Steel.

And the fun doesn't stop there, because DC'S LEGENDS OF TOMORROW has also released the full series on Blu-ray for this holiday season! 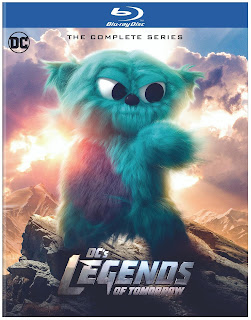 The action never stops with DC's Legends of tomorrow. Follow this group of misfit heroes who have the extraordinary task of protecting time itself.  This responsibility takes them across history in a never-ending adventure.  Where they face bizarre threats unlike any humanity has ever known.  Screwing things up for the better, the Legends battle aberrations, anachronisms and anything else that threatens to mess with our timeline.

Both titles above are part of my holiday guide.  To see even more great products please click my button below: