What do you get a hubby who literally has everything he needs?  When I ask what he wants he tells me socks and underwear....  I mean really who asks for that for Christmas lol

This year I decided that get him the gift of laughter.  Scratching your head trying to figure out what I'm talking about?  Time Life has in its collection Russell Simmons' Def Comedy Jam Collection!! 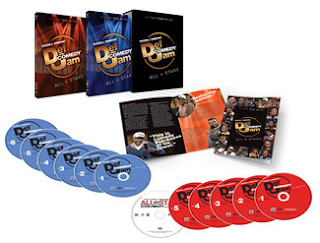 36 of the best episodes from all 9 seasons

A Bonus Episode, 2 Raw 4 TV, which speaks for itself!

And your 24-page Def Comedy Jam Collector’s Booklet featuring photos, jokes, and the story behind this groundbreaking show.

The collection is part of the 2022 Simply Me Holiday Guide